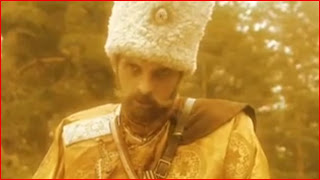 The revolutions that have shook the world in the 20th Century were spawned by the Bolshevik revolution in Russia in 1917. However, they took their inspiration for earlier examples which were, fortunately, less successful. Why, for example, was the red flag the adopted color of the revolutionaries and why did Bolshevik bands play the Marseillaise? That is because all of the republican elements, and revolutionary communists particularly, of the early 20th Century waxed nostalgic for the bloody failure that was the Paris Commune of 1871. This was the most famous of the revolutionary communes that sprang up following the overthrow of the French Emperor Napoleon III after his defeat at the hands of the Prussians. The commune has assumed epic status amongst the revolutionary enemies of civilization who are fixed in a sort of trance by it for no one could reasonably explain any attraction to it. It was an epic failure and Paris under the commune was a picture of suffering, brought down suddenly and swiftly by Prussian bayonets.

This would probably not have been the case had not the mob of Paris already acquired something of a reputation for the bloody overthrow of governments. The communards (communists -it’s not a huge leap) looked back to the revolutions of 1848 that shook the traditional order of Europe. However, these were a disjointed and largely unsuccessful series of national uprisings who were themselves all born out of the satanic womb that was the French Revolution and there we see the head of the snake that later manifested itself as communism, socialism or radical, revolutionary republicanism of any other name. The French Revolution was the culmination of a rising tide of liberalism that had been coming to a head in the 18th Century. It rode in on a wave of growing skepticism against religion and monarchy and an increased arrogance on the part of humanity. They rejected moral absolutes and traditional authority, especially when based on religion and hereditary monarchy.

One need only to look to the actions of the French Revolutionaries to see how their venom has infected subsequent generations down to the present day. They began with seemingly innocent calls for democracy and then swiftly passed the Civil Constitution of the Clergy to bring religion under government control (notice that this is almost invariably the first thing on the agenda of any revolutionary program). The monarchy was no longer treated with respect, then stripped of most powers, then stripped of all powers and then finally abolished. This same program is repeated every time communist/socialist elements attain power at varying speeds depending on how swiftly they think they can get away with doing it. Do we not see this even today? It is happening in the vast majority of the world’s remaining monarchies right now. Finally, they persecute those who are opposed to their radical ideology; those who are not “politically correct”. They wish to remake society on some artificial model and produce the most bloodthirsty monsters who think nothing of massacring their own people to accomplish these goals and secure their own grip on power. It is the same story whether the person in question is Marat or Mao. They will abolition religion altogether and replace it with a state religion to worship the revolution. It was done in Red China, Soviet Russia and it was done first in revolutionary France. They were not the first, however, to think the unthinkable nor was their wickedness born in a vacuum.
Posted by MadMonarchist at 12:41 AM