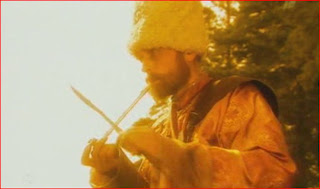 Roman Catholic Archbishop Jose Gomez of San Antonio and Bishop Jaime Soto of Sacramento were recently in Washington DC lobbying Congress in support of universal healthcare and demanding that illegal aliens be included. Who knew that lobbying congress on proposed medical bills was part of the duties of bishops? Archbishop Gomez did also mention that such a bill should not include coverage for abortion but that he took President Obama at his word that this would not be the case. Really?! With all due respect to the Archbishop, is it really all that wise to take the word of a politician with the most pro-abortion record in history, with the absolute support of the pro-abortion community that he will leave this out of his socialized healthcare plan? Pardon me but I would sooner trust a scorpion not to sting me if I picked him up and petted him. I intend no disrespect to any members of any religious hierarchy (the same for any monarchy, as is my policy) but that does not mean I will not voice my disagreement.

History, distant and recent, as well as a simple look around the world today will show that countries wherein socialism dominates secularism and atheism do as well. The explanation is simple; because true religion is replaced by the worship of the government: the great, all-power benefactor from whom all welfare comes. Let not the small streak of grey in my beard fool you, I am a young man still and yet even I can remember when religious leaders (be they Christian, Jewish, Buddhist or what have you) were conservative (gasp!). Today everything seems a muddle and it all comes down to the insidious infiltration of the revolutionary mentality into most or all of the religious communities of the world. Traditional leaders are paid lip service to but routinely ignored or are not allowed to exercise their legitimate authority. Look at the state of the Church of England today and ask yourself if you really think HM Queen Elizabeth II approves of all that is and has been going on? Look at the positions being advocated by Catholic bishops on socialist policies and ask yourself if Pope Benedict XVI (who surely knows the difference that still remains between West and East Germany) if you really think he approves of or even considers socialist policies beneficial?

Let me be clear, charity is wonderful but government programs that forcibly take money from one group of people to give to another group of people, wasting half in the process, is not charity and I fail to see how it does anyone any good in spiritual or temporal terms. The US is not a rich country, it is in debt up to its eyeballs and I see no moral difference in our country giving free healthcare to illegal aliens and a father giving to charity while his own family is about to have their home repossessed. Socialism ultimately results in nothing more than bringing a population down to its lowest common denominator and socialist regimes have never been favorably inclined towards religion or traditional authority; certainly not Christianity and monarchy. I'm not trying to be picky here and I'm not trying to be disrespectful toward the bishops, I am trying to be ...... The Mad Monarchist.
Posted by MadMonarchist at 1:51 AM