Mad Rant: Of Fish and Humans 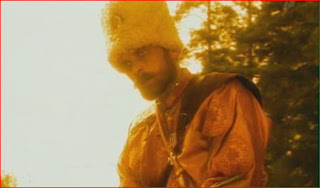 Viewers of the Fox News Channel at least will be aware of the plight of the farmers of the San Joaquin Valley in California. Environmentalist radicals in the government have succeeded in cutting off the irrigation to the valley to save the delta smelt, a tiny fish about two inches long. This, combined with a recent drought, has forced this breadbasket of America to all but shut down. It has become a desert with many farmers forced to sell out and many farm laborers reduced to surviving on food relief from the state government; waiting in line for hours to receive their ration of food just to survive another day. People are suffering, people are going hungry but the environmentalists do not care so long as the precious delta smelt is saved.

This is yet another glaring example of the hypocrisy of the ultra-environmentalist movement. I say ultra because there is nothing wrong with a little good, healthy environmentalism. We would all, I think, like to see the earth survive, prefer clean air and water and abundant wildlife. However, when taken to extremes as so many these days do we see this result in humans suffering to save the most insignificant forms of animal life. Many species go extinct every single day through no action of our own. It is a part of nature; old species die and new species emerge. Yet, environmentalist nuts seem obsessed with saving all animals at the expense of human beings. Think I’m going too far?

Stop for a moment then and consider all of the international treaties, agreements, accords and what have you to protect the environment and animal species from extinction. Have you ever heard of any such thing about the extinction of human beings? No, of course not, you are probably thinking, because humanity is in no danger of extinction. True, just as the animal kingdom at large is in no danger of extinction and yet there are certain ethnic groups among the mass of humanity which are in just as much, if not more, danger of eradication than the delta smelt and precious few seem to care. For example, the Manchurian people of northeast China are virtually extinct. Their language is all but dead and although many Chinese today have Manchu blood in their veins the Manchurian people have virtually disappeared from the earth. Their fall was stunningly swift considering that at the start of the last century they ruled the most heavily populated empire on earth.

Many other ethnic groups in China are set to go the way of the Manchurians as Han colonization drowns out various ethnicities from the Uyghur to the Tibetans. However, if that does not hit close enough to home consider the plight of a larger ethnic group: the Europeans. Not only is the number of native Europeans living on European soil getting smaller, many demographic experts look at the numbers and have written off Europe as a corpse; that they have passed the point of no return and at this point it is not only frightening possible but inevitable that in the not-to-distant future native Europeans living on European soil will be extinct. The various ethnicities might hang on for a time in America and Australia but even there the numbers are not looking good.

So why are so many obsessed with saving the whales but not the Europeans? Probably because you would sound like a racist if you dared mention such a thing. So, what about the Manchurians? Pick a non-European people and the same point can be made. Members of my family have been greatly concerned by the vanishing Native American (Indian, Amerind etc) population which once dominated the Americas. In Japan the death rate is higher than the birthrate. In some ways I can understand some of the environmentalist reaction. We all do seem to be effected by a sort of collective sub-conscious feeling of impending doom; a spiritual alarm clock is going off in the minds of people all over the world giving the sense that we are nearing some great climax and people try to explain this by pointing to environmental catastrophe, a meteor, a New World Order or ancient prophecies. But that does not explain or certainly justify everything. Why do we seem more concerned with rare animals disappearing from the earth and not rare human beings with languages, histories and cultures of their own? Maybe you have to be a bubble off to even think of such a thing. Well, I am a bubble off, maybe a few, and I am … The Mad Monarchist.
Posted by MadMonarchist at 12:57 AM

Email ThisBlogThis!Share to TwitterShare to FacebookShare to Pinterest
Labels: environmentalism, mad rant, of fish and humans