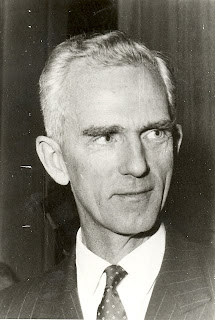 His Imperial Royal Highness Archduke Rudolf of Austria is 90 years old today. He is the youngest son of His Apostolic Majesty Emperor Charles I of Austria-Hungary and Empress Zita of Bourbon-Parma, born after the imperial couple had been forced to go into exile in Switzerland. He has worked on Wall Street and in the banking business and met his first wife, a Russian countess, in New York where the couple lived for many years. Later the Archduke settled in the Kingdom of Belgium. After his first wife died in a car accident he married a German princess in Bavaria. The Mad Monarchist joins all other Hapsburg loyalists in wishing His Imperial Royal Highness a happy 90th birthday!
Posted by MadMonarchist at 2:03 PM