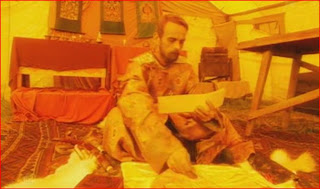 The EU crowd, that is the Union of European Socialist Republics, is still crowing over the triumph over the public in Ireland with the passage of the Lisbon Treaty, taking the continent one long step closer to becoming the centralized, socialist Euro-super state they have for so long been craving. Europe's unseen and unaccountable masters are gleefully rubbing their hands together at the thought of having a European president, a European defense force and a European foreign and domestic policy. In one way, this is good, because it reveals the hypocrisy of the pro-EU crowd via their actions in Ireland. All along these pro-EU socialists have been assuring everyone that the EU is just a bunch of harmless puppy dogs because everything must be approved unanimously. Of course, the whole Lisbon Treaty process has revealed the truth since Ireland is the only country that actually allowed the people to vote and when they voted "no" they were quick to have them vote again to get the "right" answer. So, yes, all decisions must be unanimously approved but that is hardly a block against power when only hand-picked statist elites are allowed to vote and on the rare occasion that the public of a given country are allowed to vote they are only allowed to vote one way.

I can certainly understand the desire by the EU for this increasing power-grabs; that is what they are all about. They want to build the UESR, doing their best to destroy European civilization in the process. What I cannot understand, even in light of the economic strong-arm tactics, is why a country like Ireland would go along with it or why a country like Croatia is working so hard to get into the EU. Both of these cases are countries that had to fight long and hard for their independence, both of them have been howling for ages about their desire for national sovereignty and yet, just a handful of years after winning their long-sought after independence they eagerly sign over their sovereignty to the ruling elites of the EU. How is the situation better for Ireland being ruled from Brussels rather than being ruled from London? Why is it preferable for Croats to be ruled by 'Europeans' rather than Serbs or Magyars? Don't misunderstand me, I cannot imagine why any country would want to sign away their independence to the collection of political stuff-shirts at the EU but it particularly boggles my mind that countries would do so that only in recent times won their independence after centuries of foreign rule. You would think that they, of all people, would be wary of this!

I am not totally opposed to any/all European unity. In fact, I think that the modern EU monstrosity is nowhere near what men like DeGaulle, DeGasperi, Adenauer and Schumann ever intended or imagined. I think their vision was for a confederation of European countries all pulling in the same direction, not a centralized European super-state ruled by socialists who put the people, history, culture (and that all included the monarchies and the religion) and traditions of Europe second, or not only put them second but wish to flat out destroy them. It is a march down the same old radical revolutionary path; stamping out monarchial authority, stamping out religious authority, centralizing power and making everyone a member of a monotone, uniform engineered society. These people will be the death of western civilization as we know it. That anyone other than the radical revolutionaries would go along with this bewilders me. Yes, I am bewildered and I am ... The Mad Monarchist.
Posted by MadMonarchist at 1:03 PM