The Latest from Japan 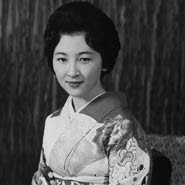 Today, Her Imperial Majesty Empress Michiko of Japan celebrates her birthday. She was born in 1934 in Tokyo to Hidesaburo Shōda and his wife Fumiko Soejima. She attended the University of the Sacred Heart in Tokyo, Harvard in the United States and Oxford in Great Britain. On April 10, 1959 she married HIH Crown Prince Akihito who became Emperor of Japan in 1989. The Mad Monarchist wishes Her Imperial Majesty, the world's last Empress, a happy birthday and many, many more. 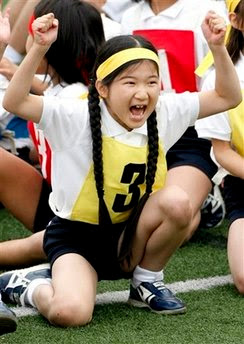 Getting bigger every day, HIH Princess Aiko of Japan was cheering loud at the victory of her team in a relay race during an annual autumn sports event at her Gakushuin elementary school in Tokyo last Saturday. Her proud parents, TIH Crown Prince Naruhito and Crown Princess Masako were also on hand to watch and were all smiles like any other pair of proud parents at their daughter's contribution to the victory. She is an adorable little girl, though I am glad that issue of her succession was able to be dodged. Princess Aiko is a great girl, but, call me old fashioned -you wouldn't be the first, I simply cannot picture Japan without an Emperor.
Posted by MadMonarchist at 1:09 AM