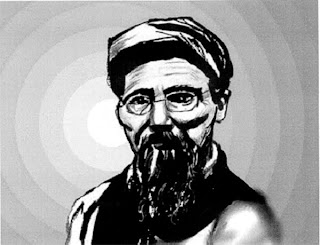 One of the greatest loyal counterrevolutionary figures of 20th Century Vietnam was Sao Nam Phan Boi Chau. He was born in 1867 in the Province of Nghe An to a proud educated family. As a boy he displayed great intelligence very early. In 1890 Phan Boi Chau earned a second class degree (Pho bang) in the metropolitan examinations. With such an accomplishment, an intellectual such as Phan Boi Chau could have easily become a great official, scholar or other high position. However, he determined early on to use his talents and his devotion to Vietnam and the Great Nguyen Dynasty to set his country and his people free of colonial control.

In 1903 Phan Boi Chau formed the Restoration Society of revolutionary patriots under the leadership of His Imperial Highness Prince Cuong De, a descendant of Crown Prince Nguyen Phuc Canh and Emperor Gia Long. In 1905 Phan Boi Chau and Prince Cuong De formed a base for revolutionary activity in Japan, safe from the colonial authorities in Vietnam. Phan Boi Chau wrote many great articles and tracts calling on the people to join him in the struggle to free Vietnam and restore its greatness as a free modern monarchy with liberty for the people under the Nguyen Dynasty.

After being removed from Japan, Phan Boi Chau went to China to continue his revolutionary activities. He formed a new organization, hoping to win support from all groups of Vietnamese patriots. Although he wished to modernize, he had already shown that his first idea was to restore freedom while keeping the ancient monarchy of the Nguyen Dynasty in place. When forming his patriotic groups, he took his inspiration from the "Can Vuong" Save the King movement led by Emperor Ham Nghi. He took as his core supporters the great patriots who had fought for Emperor Ham Nghi in the years of the Can Vuong movement. These many made numerous attempts to overthrow the colonial regime and Phan Boi Chau was even imprisoned in China. Despite all of this though, he stressed that harmony with France was needed, he desired freedom from the colonial regime but also offered friendship to his enemies.

In 1925 Phan Boi Chau was moving in the International Settlement in Shanghai when he was captured by French colonial authorities. He had been betrayed by his fellow revolutionary Ho Chi Minh who had sold his freedom to the French. Because of this treason Phan Boi Chau was taken to Hanoi and convicted of treason with a sentance of death, but his fellow Vietnamese who admired his courage and loyal patriotism refused to allow his death. He was therefore placed under house arrest in his cottage in the Imperial capital of Hue until his death in 1940. He is still honored by all for his heroic patriotism and loyalty to the people, the country and the Nguyen Dynasty.
Posted by MadMonarchist at 2:54 AM