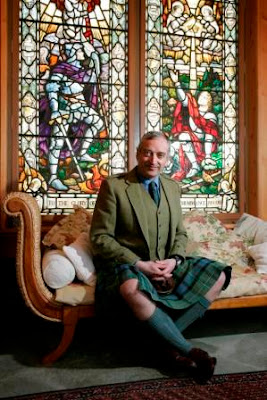 The controversial British peer Lord Christopher Monckton, 3rd Viscount Monckton of Brenchley, is in College Station, TX, home of Texas A&M (gig'em Aggies!) spreading his message of warning against global climate change legislation currently working its way through the United Nations. His words come just as lame-duck British Prime Minister Gordon Brown has warned that unless drastic action is taken in the next 50 days the WORLD WILL DIE! Needless to say, Lord Monckton takes the opposite view and has contrarily warned that the environmentalist movement has been hijacked by communists who exchanged their "red" for "green" and drummed up the global warming hysteria to push their agenda through which would result in a centralized world government, socialist/communist in nature, which would re-distribute wealth from the first world to the third world.

Needless to say, Lord Monckton is not to popular amongst the "mainstream" crowd of today. Aside from dismissing global warming as a hoax he is on the "wrong" side of many other issues as well. In the past the hereditary peer, a Roman Catholic and member of the Knights of St John and the Knights of Malta, has been associated with the Tory "new right", called heterosexual AIDS a "myth" and advocated the mass quarantine of the infected and has been a vocal enemy of British integration into the European Union which he has described as an "atheistic, humanistic government". Most known for his opposition to global warming alarmism, Lord Monckton has pointed out that he is not an enemy of the environment and was friends with some of the founders of the "green" movement but that these people were soon forced out by radical leftists who took the movement over in order to push their political agenda under the cover of environmentalism.

Posted by MadMonarchist at 2:10 PM