Princess Madeleine to Stay in USA 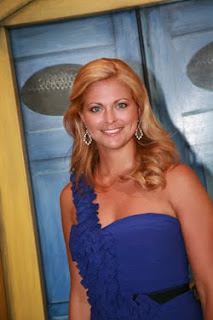 y to celebrate the 10th anniversary of the World Childhood Foundation on whose behalf she has come. HM Queen Silvia is set to visit later as well, coming to Washington and staying October 22 and 23 and will also attend the WCF gala dinner in New York City where Princess Madeleine will also be attending. Princess Madeleine will be in America until October 28. The World Childhood Foundation has a special significance with the Swedish royals having been founded in 1999 by Queen Silvia to help the most unfortunate and neglected of children.
Posted by MadMonarchist at 4:17 PM