Mad Rant: The Deification of Obama 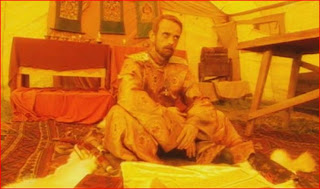 Sorry to subject everyone to another rant so quickly but I could not let this pass. When first I heard I thought it must have been some sort of joke, but no, our secular American messiah, "The One" Barack Hussein Obama (mmm, mmm, mmm) has been awarded the Nobel Peace Prize. What exactly has he done to earn this supposed honor no one can really say. He's been president for less than a year, the decision was made some time ago, he has not negotiated any treaties, he has not ended any wars nor has he brought any opposing factions together. This is the man who, when running for office threatened to invade Pakistan! He also promised to get the US out of Iraq (not done), win the war in Afghanistan (not done) close the prison at Guantanamo Bay (not done) but, perhaps they are going solely by his abandonment of eastern Europe to Russia, his kid-gloves approach to Iran, kissing up to brutal dictators in China, Venezuela and Central America and his shunning of the Dalai Lama.

It is, however, his lack of any accomplishments rather than simply stupid decisions which most confounds me about this. It is certainly not because I consider it unheard of that the Nobel Prize could be awarded to someone unjustly. For instance, when it comes to US Presidents who have won the Nobel Peace Prize I'm sure Obama would consider himself in good company. President Teddy Roosevelt (Republican) won it for negotiating an end to the Russo-Japanese War. For those who don't remember Teddy Roosevelt is the guy who came to fame as a leader in the Spanish-American War in which the US picked a fight with Spain and grabbed Cuba, Puerto Rico, Guam and the Philippines. He's the guy who built the "Great White Fleet", invented "big stick" diplomacy and was probably the leading war hawk in 1914 pushing for US intervention in World War I. The next presidential winner was Woodrow Wilson (Democrat) in 1919 for his leadership in bringing peace at the end of World War I. Just to refresh, Wilson was the guy who, before getting involved in WW1 to "make the world safe for democracy" invaded numerous Caribbean and Latin American countries and then helped engineer the post-war world which led only a couple decades later to World War II. The next US President to win the prize was Jimmy Carter (Democrat) who was the guy who sold the Shah of Iran down the river, allowed terrorists to gain control of an established country and sat back and did nothing while US citizens were held hostage in Tehran. Then there was Vice-President and Presidential pretender Al Gore who won the prize for a slide show which said the environment was going to kill us all if we did not all buy carbon credits and wind mills which he just happened to be heavily invested in and set to make millions from. Now we have President Barack Hussein Obama (Democrat, mmm, mmm, mmm) who has won for -what? Promising to be nicer to Muslims? Making friends with communist dictators? Again though, nothing should surprise anyone considering that the Nobel Peace Prize was once given to the open and avowed terrorist Yasser Arafat. Looking back on that list at least, the prize committee does seem to be remaining consistent. Nonetheless, I remain the digusted, the disgruntled and ... The Mad Monarchist.
Posted by MadMonarchist at 11:54 AM