Mad Rant: The Westernization of Asia 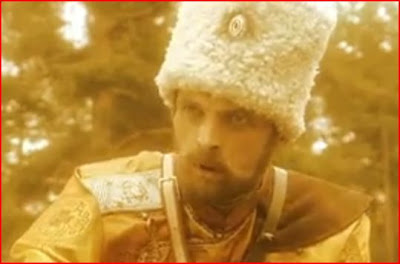 The news lately has seen a number of volatile developments in Asia. We have read about the increased tensions in Korea, the spreading influence of Communist China, the unrest in Thailand, the terrible situation in Nepal and the ongoing troubles with Afghanistan, Pakistan and India and so on and so forth. There are a myriad of reasons for this in each individual case, however, overall I cannot help but lament the westernization of Asia. This does not mean that I (like many) am blaming “the West” for all the problems of modern Asia and it is certainly not a swipe at western civilization for those whom I hold to be at fault for this are enemies of western as well as eastern civilization -they are the enemies of civilization period. It only happens that the vile disease now infecting the Far East came from the west.

When I look at how western civilization dealt with the people of the east there are of course good and bad items to consider. However, for all we hear about the triumphalism and xenophobia of traditional western culture from modern-day liberals it was this same culture in Europe that was far more tolerant of traditional Asian culture than that of today. When the British took over India they did (justly) get rid of a number of unsavory groups and practices that were part of Indian culture. However, they kept the traditional local princes in place. When the French colonized Viet Nam there is much to criticize them for but they kept the local monarch in place, traditional values and styles and so on did not change. Yet, when the liberal revolutionary forces came to Asia, whether by Soviet puppets in Mongolia or leftist indoctrinated Chinese workers from France, they started a culture war against everything that had defined Asia for all her previous thousands of years of history.

One of the earliest examples was one of the worst and that was the communist takeover of Mongolia where the traditional culture and religion in particular was almost completely wiped out. It happened on the largest scale in China but just as fiercely in Indochina and other countries. We still see the sharp divide most vividly in Korea where the traditional form of government was pushed aside as north and south fought each other ferociously over which western form of republicanism would prevail in Korea, whether they would be capitalist or communist. Who would have ever imagined that half of Korea, Vietnam and even the massive “Middle Kingdom” of China, after thousands of years of history with their own systems of government, their own Confucian culture, would all be ruled by an ideology dreamed up by an anti-Semitic German Jew writing in London in the 19th Century?

What seems even more incredible is that most of these movements tried to wrap themselves in the cloak of nationalism. Both sides of the civil wars in places like China and Vietnam did this, despite the fact that they had overthrown their own traditional systems and embraced some form of government that was of foreign design and had absolutely no history in their own countries. In many ways they displayed more bigotry against their own culture than did the foreign imperialists who had ruled before them. Their leaders were almost invariably foreign-trained and in some cases spent most of their lives in the west. This was certainly the case with men like Sun Yat-sen and Ho Chi Minh. Contrast the cases in their countries during the “colonial period” when Great Britain lent assistance to the Qing Emperor in putting down the Taiping Rebellion or how even the French republic maintained the Vietnamese Emperors as nominal rulers and after 1948 even supported the return of the last Emperor who had been forced off the throne by the communists.

I reiterate that this is not then a matter of east vs. west or one culture against another. Western monarchists are only too aware of how their own culture has been sabotaged, suppressed and how the revolutionaries have and are using every means at their disposal to stamp it out. Yet, western monarchists (who are not bigots or Eurocentric) often have a hard time getting very emotionally involved in events on the other side of the world. This is for understandable reasons; the cultures are so different, the religions are very different and so on. However, I would ask western monarchists to keep in mind the anguish, the outrage and the frustration at how western traditions are being stamped on and then consider how you would feel if this revolutionary movement were something of totally foreign origin that had been imposed on you and poisoned the minds of your people. This is why traditional monarchists of all backgrounds should be able to understand and sympathize with each other and stand together in a united front against the plague that is out to destroy us all. I feel that I understand the sentiment very well and that is why I remain…The Mad Monarchist.
Posted by MadMonarchist at 1:13 AM