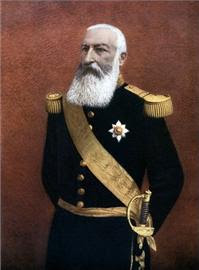 It is safe to say that no other Belgian monarch is as controversial as King Leopold II. He was born in Brussels on April 9, 1835 to King Leopold I and Queen Louise-Marie and named Louis Philippe Marie Victor. His childhood was not a very happy one. His mother thought his prominent nose made him look deformed and his father referred to him as “the little tyrant”. Whereas his brother Philippe was jovial and popular and his sister was the charming and studious favorite of their father, Leopold was shy, awkward and walked with a limp. He seemed to be always compared to his siblings and his widely respected father and never favorably. It is not surprising that much of his future reign would be devoted to succeeding in the task his father was never able to, namely making Belgium an imperial power. 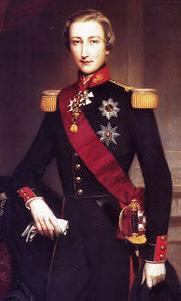 In 1853 Prince Leopold entered the senate to begin gaining some experience at statecraft and on August 22 married the teenage Archduchess Marie-Henriette of Austria. The couple went on to have four children; Princess Louise-Marie, Prince Leopold, Princess Stephanie and Princess Clementine. However, their marriage was not a happy one. Some said Leopold could be charming when he wished but he seldom seemed to wish it in the domestic setting, he was an unfaithful husband and had a rather scandalous private life before and after the passing of his long suffering wife in 1902. It was on December 17, 1865, after the death of his father, that Leopold II took his oath as the new King of the Belgians but there were troubles from the very start. The delegation he sent to Mexico to announce his accession to his sister, Empress Carlota, was attacked by republican bandits and massacred. There was an uproar in Belgium and Leopold II closed the recruiting office for the Belgian Legion, which his sister naturally regarded as almost an act of betrayal; her brother leaving her high and dry in a distant and increasingly hostile land. When the Mexican adventure ended in disaster and Carlota returned home insane with grief over the loss of her husband and adopted country Leopold took relatively little notice of her.
Leopold II was obsessed with achieving international greatness for Belgium and in 1876 he convened an international conference on the exploration of central Africa. This led, the following year, to his sending out the intrepid Henry Morton Stanley to sign treaties with local chieftains and lay the foundations for colonial expansion. Stanley did his work well and in 1885 the Berlin Conference recognized Leopold II as King-Sovereign of the Congo Free State which was to be in personal union with the Crown of Belgium. This effectively made Leopold II private owner of a vast central African empire some 80x larger than his entire country. In 1890 King Leopold II organized a military campaign from the Congo Free State to eradicate the Arab slave trade in central Africa which was still booming at the time. 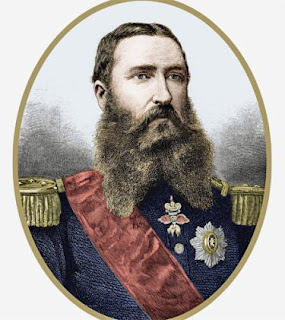 This expedition was a success but Leopold also set up a framework for the economic development of the Congo which eventually led to immense profits from the rubber trees there (which greatly took off after the invention of the bicycle and automobile) but also immense cruelties inflicted on the Congolese population. It is for this horror that Leopold II is most remembered these days but a few key facts should be kept in mind. First of all, a lot of the numbers that are tossed about as to the number of people who died are quite often simply absurd, at times ranging from 50% to the entire estimated population of the Congo. Obviously, if these extreme statistics are believed absolutely no one would have been making any profit at all. Perhaps most importantly though is that Leopold II was not inflicting these atrocities intentionally. That is often the image that is portrayed with the King being compared to Hitler. Undoubtedly the King was a hard man and often an unsavory character but it is an absolute lie that the horrors of the Congo were purposely carried out by him. Where he can be blamed is in setting up the system whereby his local officials were paid based on the amount of rubber they produced -which would have seemed to make economic sense but which provided an incentive for unscrupulous officials to brutalize the natives in order to enrich themselves. Also, contrary to what many believe, Leopold was troubled by the reports that began to circulate about the savagery going on in the Congo but, and he can be blamed for this, he was all too willing to believe advisors who assured him these were malicious lies.
Eventually, however, the reports and international criticism became too great to ignore and in 1904 (though he is seldom given credit for this) it was King Leopold who sent a commission to the Congo to investigate these reports. Many have dismissed these inquisitors as hand-picked “yes men” Leopold knew would never report anything negative. Again, this is untrue as the commission met with native people and leaders as well as colonial officials and returned with a very balanced report. They cited the advances made by the King’s investments; the roads, schools, hospitals and local infrastructure that had been created, the humanitarian work done by the often heroic missionaries but it also reported that a great many abuses were going on as well, many people had died, many mutilated and many more exploited. Once this was done King Leopold issued new regulations to correct this situation and in 1908 the Congo Free State became a colony, the Belgian Congo, under the control of the government rather than being the personal property of the King.

All of this is said in an effort to be fair -not to sugar coat the facts. One does not have to intentionally wipe out an entire population to be a ‘bad guy’. Whether it was his cold, autocratic nature toward his family or his scandalous private life there is no doubt King Leopold II would have been seen as an unsavory character regardless of what happened in Africa. The suffering was immense but the fact remains that his guilt lies in setting up a system which inadvertently encouraged exploitation rather than a deliberate campaign of genocide. Such accusations in that direction are certainly untrue. He was not a completely heartless man and was reluctant to have even criminals whose guilt had been proven put to death. He wanted Belgium to become an imperial power and to embellish his country and this he certainly did. Long known as the “Builder King” many of the most magnificent buildings and national monuments in Belgium, such as the Cinquantenaire were built by Leopold at his own expense.
However, on the international stage Leopold II was mostly unpopular among his peers. Part of this, it must be said, was due to jealousy over his success and the fact that many larger countries felt little Belgium had achieved a status out of proportion to her size. Much of it though was due to the King himself, because of the private scandals and the suffering in the Congo associated with him. In personal dealings the King put people off and made them uncomfortable, partly because of his own character and partly, no doubt, because of the image portrayed of him in the anti-monarchy and anti-colonial press. Nonetheless, he insisted that he cared nothing for popularity, though this may have been a defense mechanism rather than a genuine sentiment. One other thing Leopold II always stressed was his belief in a military policy of armed neutrality with defense based on military preparedness rather than simply trusting international agreements. As he was on his deathbed the conscription act he had long sought was finally passed. In this area too the coming Great War would prove the unpopular monarch to have been correct. 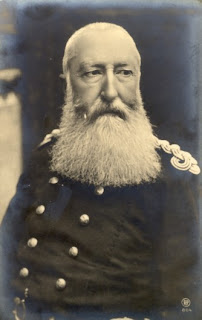 Also, five days before his death, Leopold II married his long-time paramour, a woman of ill-repute by whom he had two illegitimate children, in a religious ceremony (there was no civil marriage). He died on December 17, 1909. He said he wanted only a small, private funeral but he was given the full royal treatment though there was not exactly widespread grief at the passing of this man who seemed to have been unpopular since the day he was born. His own family was aware of how the reputation of the Belgian monarchy had suffered during his reign. When he came to the Belgian throne in 1865 King Leopold II declared that, “all that I desire is to leave Belgium larger, stronger and more beautiful”. If that was his only standard of success Leopold II was a successful monarch as he did do all of those things. However, his name will forever be tainted by the many scandals of his reign, paramount amongst them being the horror that existed in the Congo Free State. Thankfully, his successor would be a man of impeccable character, embodying everything that a good King should be.
Posted by MadMonarchist at 12:44 AM