Britons, Senators and the Succession 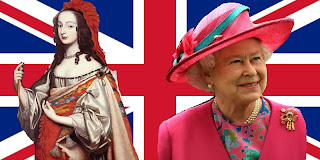 Some time back, in need of a distraction, the former Labour regime in the UK started talking, yet again, about changes to the British succession law to do away with the passages that single out Catholics or anyone married to a Catholic for exclusion from any possibility of coming to the British throne and, possibly, doing away with male primogeniture as well. My comments on the subject generated considerable opposition from some John Bull types but so far, with the recent election, I fear my warnings at the time have only been validated. My primary position was that this issue should have been handled long ago ‘in-house’ as it were to avoid causing controversy. The law could have been changed in form without any major change in substance by simply removing the language that singles out Catholics as being particularly evil and leaving it with a simple requirement that the monarch must be in communion with the CofE to reign. Maintain the established church, male preference and allow the monarch, who must approve all royal marriages, to ensure that no dreaded Catholics creep too close to the throne. Sound reasonable?

My God! One would have thought Queen Mary I was alive and going for the matches again! I was assured that the paranoia about Catholics was totally justified, that the British Royal Family is not to be trusted with freedom of religion, even the monarch, that attempting any changes to the succession would almost certainly lead to the disestablishment of the CofE and possibly the end of the monarchy altogether. I maintained that, just as the Labour government had done on the recent occasion, this issue would continue to be brought up any time the government needed a distraction by painting themselves as “reformers” getting rid of the bigotry and discrimination enshrined in British law. Therefore, it would have been better to have taken care of this a long time ago (when a hereditary House of Lords could have kept the debate sane) and that to deal with it sooner would be safer than leaving it for later. After all, I don’t see British society trending more religious and traditional.

At the time of this exchange my fears focused mostly on the Prince of Wales and the Commonwealth. It is no secret that, according to republicans themselves, the British monarchy is safe at home and in the Commonwealth while HM Elizabeth II is Queen but they are eagerly awaiting the succession of the Prince of Wales to make their republican move. In my view, an issue like this could be more safely dealt with while the Queen reigns than waiting until the future reign of King George VII when many traitors in Britain and across the Commonwealth have said the gloves will be coming off. With the Prince of Wales newly established as monarch, lacking at first the popularity of his beloved and long-reigning mother, such an occasion could be the ideal opportunity for the fall of the monarchy in more Commonwealth countries and possibly more damaging and liberal changes in the UK itself. Hence my position that it would be better to remove this tool from the republican arsenal while Elizabeth II is still Queen because anyone should be able to tell from recent years that politicians will continue to resurrect the issue whenever they need to divert public attention.

Well, it seems we might not have to wait for a change in monarch for the danger to increase. I am speaking, of course, of the plans to do away with the House of Lords in favor of an elected or appointed sort of ‘British Senate’. Does anyone seriously trust a bunch of senators, appointed or elected, rather than lords temporal and spiritual, casting a vote on the future of the British monarchy and the established church? Unlike some of those I have crossed swords with in the past, I personally do not favor elected officials having any say whatsoever concerning the succession, I would prefer that be left to God and the course of nature alone, but the fact is that ship sailed long ago. By that same token I would sooner put my trust in the monarch and tradition than in man-made laws and legislation written up by a bunch of self-serving politicians. Nor do I think doing so would change the religion of the entire monarchy. The Queen must approve all royal marriages and she has approved a number in recent years to Catholics. Is the law revoking their place in the succession really necessary? Have any of them been anywhere close to actually having the slightest chance of ever inheriting the throne? Of course not, and even without the law, if they were the Queen could simply refuse permission for the marriage -which would not even mean they could not marry but only that the marriage would not be recognized by British law and thus put them out of the line of succession anyway.

I know many people dismiss attacks on the British monarchy as futile; it is the most prominent and well known monarchy in the world, it is supported by a majority of the British people; all that is true. However, it has fallen before and I may be paranoid but I am ever on the lookout for storm clouds gathering. Apathy can be dangerous while I see no down-side to being overly vigilant. First, there is a piece of proposed legislation that politicians have and will use to their advantage to tinker with the succession and possibly the established church. Second, there are many well-intentioned people who would sympathize with such changes. Third, the institutions most affected show no signs of fighting for the way things are. Fourth, there are republican groups who are waiting for the change in monarch to launch their bids to abolish the monarchy. Fifth, changes to the succession must be passed by all commonwealth realms -a golden opportunity for republicans around the world and finally there is the threat that all of this could be done by elected commons and senators with absolutely no voice in government for the cause of hereditary tradition. That ‘perfect storm’ for republicans must be avoided at all cost even, and I know this will really hurt to some people, dropping a few words from the Act of Settlement.
Posted by MadMonarchist at 12:46 AM