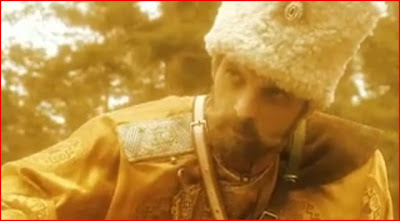 Yesterday was “Draw Mohammad Day” and, fortunately in my view, it fell flat. Now, for the benefit of my adoring fans who think I am a Muslim, let me state a few facts first. I know as well as anyone what this was all about and I do find it cowardly, hypocritical and abhorrent that in western society it is perfectly acceptable to mock and ridicule other religions, particularly the Christian religion of the majority, while staying away from Islam and the Prophet Mohammad out of fear of terrorist retaliation. To my mind all this really does is send the message to other religions that, if you want to avoid disrespect, killing innocent people is the answer; it will get you want you want. However, while I think there should be no double-standards I do NOT think that means it should be acceptable to ridicule the Prophet Mohammad but rather that it should be considered unacceptable to ridicule Jesus Christ, the Virgin Mary or the Buddha for that matter.

Most of these ‘artistic standoffs’ with Islam have come, let us be honest, not from Christians but from areas and peoples of the formerly Christian world who have embraced secularism and have no religion at all. Unlike these people I do NOT consider it an integral part of my culture to profane that which is sacred -to anyone. What does anyone gain from insulting Islam? Sure, it may be thrilling to annoy the Islamic terrorists but what about the Muslims who are just as aghast at these criminals, just as threatened by them and just as repelled by their methods as people in the west are? Is a symbolic tweaking of the terrorists worth offending and aggravating the majority of Muslims who do not share their murderous views? Profaning the sacred should not be part of “western culture” whether it is an insulting drawing of Mohammad or a theatre piece which portrays the Virgin Mary as a lesbian. Respect can only exist if it is reciprocal.

Now, this does not mean that I agree with bending over backwards to please everyone. For instance, I find it to be in appallingly poor taste to build a mosque next door to where the World Trade Center once stood. I do not think we should allow Saudi Arabia to build Muslim schools in western countries, claiming a right for themselves they deny to others. I am reminded of the time the Saudi King asked Benito Mussolini for permission to build a mosque in Rome. The Duce replied that he would gladly give permission if the Saudis would permit the Italians to build a Catholic Church in Mecca. Obviously the matter was dropped. Today of course there are many mosques in Rome but still absolutely no Christian churches anywhere in Saudi Arabia. I do not favor discrimination, I do favor fairness and consistency and, I would add, when I have seen Christian symbols attacked and profaned it has been done by western secularists and atheists -not by Muslims or members of some other religion. Rather than needlessly antagonizing Muslims westerners should try to be respectful of religious faith -perhaps starting with their own. No one *needs* to mock Mohammad anymore than anyone *needs* to mock the Pope (or their monarch for that matter) and these juvenile jibes at religion do not make me feel satisfied in any way they just make me mad. Terrorists should be fought openly, honestly and with stunning violence on the battlefield, not given more ammunition by further examples of godlessness and religious disrespect. I don’t see where it gets us anywhere. And no, reader who knows who you are, I am not a Muslim. I am … the Mad Monarchist.
Posted by MadMonarchist at 3:24 AM