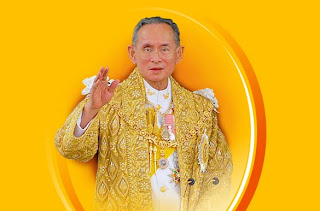 Following a military offensive in Bangkok the Thai government has declared the recent crisis over with soldiers now engaged in 'mopping up' operations following the crackdown on the red shirt protestors. After giving final warnings to disperse and allowing those who wished to evacuate units of the Royal Thai Army stormed the red shirt barricades and put an end to the disturbers of the peace though radical elements retaliated with some bomb attacks and setting fires. Once the military had restored order the captured red shirt ring-leaders were taken into custody yet opposition leaders warned that they had not given up their struggle. Former PM, billionaire and convicted criminal Thaksin Shinawatra (who bankrolled much of the protest) said he continued to support the red shirt movement -so the efforts to change the balance of power are not over yet and more trouble can be expected in the future. Nonetheless, thankfully, for the moment at least, peace has been restored and the Kingdom of Thailand is safe for now.
Posted by MadMonarchist at 1:56 PM