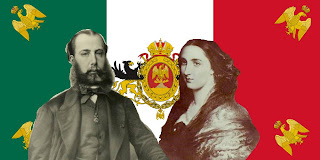 Considering where I live a lot of people have asked my opinion on the recent Arizona illegal immigration controversy. First of all, I love Mexico and have visited the country many times. My most recent visit was last year to attend a bull fight (my usual reason) but I have not been back this year, both for personal reasons and because of the increased violence on the border. I have had to deal with illegal immigrants all my life, and though I’ve had some hair-raising experiences I have never had a problem with them. All that come to my door for help I give food, water, sometimes new shoes to but I don’t let them use the phone or give them a ride anywhere (which would be illegal). Generally I only report those that seem suspicious.

However, the problems associated with illegal immigration and smuggling (human and narcotic) are a plague. Numerous friends, relatives and neighbors have had their homes broken into and robbed, including my grandparents, my sister and even my Dad’s foreman had both homes he stays in during the week broken into and robbed and he is from Mexico -which does not make him anymore tolerant of having things he worked hard for taken from him. Huge brush fires that destroyed hundreds of acres of property have been started because of illegal aliens building fires in the brush, a great deal of money is lost rebuilding fences when smugglers run through them trying to evade the authorities, they leave gates open letting cattle wander out causing accidents on the road and considerable loss in time and money spent rounding them up again. Although thankfully not very common there have also been assaults, rapes and murders, mostly at isolated homes by illegal aliens. Hospitals are in debt along the border for treating aliens who have been snake bit, hit by cars, run over by trains and so on.

Given all of that, and the number of Mexicans who die of the heat, dehydration and starvation trying to cross the border I can certainly understand the frustration of people in Arizona. I do not understand the outrage over increased efforts to enforce laws already on the books nor do I understand the claims of racism. I’m as white as a sheet and every time I come back from the border I have to go through a checkpoint like everyone else and am questioned about my citizenship. I’ve been stopped on the highway numerous times because (I was told) my vehicle matched the description of a vehicle reported to be carrying drugs or illegal aliens or to have been stolen or such thing. If illegal aliens from Mexico are a problem I fail to see anything evil with looking for Mexicans. Any time any crime is committed the first thing the authorities do is put out a description of the suspect; their race, their hair color, what clothes they are wearing and so on.

However, it is also true that nothing short of the most draconian measures possible are going to solve this problem on the part of the United States. The only place this problem can be truly solved is in Mexico and by allowing illegal immigration to continue unchecked the US is only enabling the problem. The primary underlying reason for illegal immigration is that Mexico is a failed state -which is not a racist statement but a simple fact. These border enforcement measures are often called racist because the same measures are not employed along the Canadian border. Well, the important difference is that Canada is not a failed state, Canadians are not flooding across the US border by the millions, drug wars are not being waged in Manitoba or Ontario and whole provinces in Canada are not under the control of criminal cartels.

The monarchy may not play a significant role in Canadian society and government today but the fact that Canada has always been a constitutional monarchy has meant that Canada has had a stable government where law and order and shared loyalty to the Crown allowed a stable and prosperous country to be built up. Mexico, on the other hand, has only ever had two monarchs and they shot both of them. The country throughout most of its history has been ruled by warlords and dictators, most coming to power via a coup rather than the democratic process they claim to champion. The history of Mexico has been one of almost continuous civil wars and revolutions. From 1924 to 2000 Mexico was essentially a one party socialist dictatorship under the Institutional Revolutionary Party (PRI) founded by a violently anti-clerical Marxist. Had either of the Mexican empires been maintained things would certainly be very different in Mexico today and given the state of the country as it is that difference would almost have to be for the better.

It could be argued, I suppose, that the United States should be held to blame for the problems of Mexico and somehow obliged to take in all Mexicans who wish to flee their country because of American support for the downfall of the two empires. However, statistics show that the vast majority of Mexican immigrants vote for the most leftist candidates after coming to the US (which is of course why the Democrats are the most opposed to border security) and support essentially the same policies in the US that made the country they left the failure that it is. This has also caused me to scratch my head in wonder at the Catholic leadership in America championing the cause of the illegal immigrants considering that (although nominally predominately Catholic) these people are coming from what was, until very recently, one of the most stridently anti-clerical regimes in the world and once here support overwhelmingly the political party that is most opposed to core Catholic values.

The situation is complicated, it is frustrating on a number of levels and I have nothing but sympathy for the decent Mexican people who are trying to make the best of their situation. I have zero sympathy for those who come to the USA illegally and then demand the same benefits and treatment of those who came the proper and legal way or who criticize and condemn America while enjoying the safety and prosperity that country provides them. I can only shake my head at those who wave Mexican flags in the US and shout about their Mexican “pride”. Real pride and patriotism would be staying in Mexico and working to make it a better country rather than abandoning it en masse. The best thing the US could do is stop illegal immigration as much as possible and let Mexico go its own way until the people finally get the message that the socialist-revolutionary model is a failure and try something different. I would suggest going in the exact opposite direction and looking to the example of their Emperors, possibly the only selfless leaders Mexico has ever had.
Posted by MadMonarchist at 1:37 AM