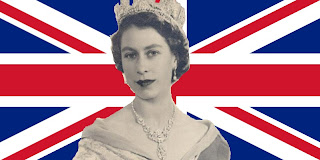 As most know I'm sure HM Queen Elizabeth II has appointed a new Prime Minister, David Cameron of the Conservative Party, who will rule through a coalition with the Liberal Democrats after the vaguely reptilian Gordon Brown failed to cobble together an agreement that would let him cling to power. My initial response was one of expectations fulfilled. Most expected the Conservatives to win, as I did, and given how liberal overall the electorate is I also did not expect a landslide majority. The fact that a coalition was worked out between the Tories and the LibDems, supposedly at opposite ends of the political spectrum, also reinforces my opinion that the few differences between the major parties in the UK are simply over the degree to which they wish to pursue the same policies. The fact is, if either the LibDems or the Tories had any real convictions about what they are supposed to stand for they would be completely unable to ever form a coalition government.

So, no surprises there. I was a bit taken aback by the casual certainty given to the term length of this government. Did I miss something? Is it not the Queen who is supposed to say when governments come and go? I realize it is a purely ceremonial thing these days but still -that ceremony and symbolism is supposed to mean something -right? I will admit, British politics makes me more weary than it probably should since I grew up with such an outdated, idyllic image of Great Britain in my mind. But, regardless of that it does infuriate me that in one of the most powerful, successful and respected nations in world history there seems to be pitiful lack of true pride and patriotism. Of course, this does not include the readers of this blog as it is the serious monarchists who are the noble exception to this trend.

To quote one of my favorite British patriotic songs, "Red, white and blue; what does it mean to you?" Not what it used to for the majority or at the very least the ruling elite these days. Am I the only one who died a little inside when the competitors for the PM job (especially Nicky and Gordie) spoke about how Britain desperately needed the EU to survive? My God man! Bite your tongues! Is this the nation that conquered India? The nation that spanned Africa from the Cape to Cairo? The proud island that stood firm against the Nazi war machine and which ruled the seven seas for centuries on end? Let that proud, patriotic spirit soar again! It was never a bad or destructive thing. Certainly from time to time Britain was in the wrong, but it was in the right probably more often than not. I have often joked that these days the only ardent British patriots seem to be in Northern Ireland rather than Britain. I hope that is not the case, and I know there are diehards holding out in these troubled times but despite the joy I have at seeing Brown evicted from No.10 this was no great victory. It cannot be too soon that the whole crop of spineless, lefty, 'one Europe - one world' political slime are wiped out and the United Kingdom returned to the spirit, the faith and the true constitutional monarchy that made them the greatest maritime empire in history. God Save the Queen!
Posted by MadMonarchist at 6:22 PM