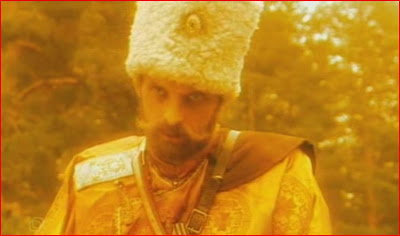 It was lately brought to my attention (via one of the members of the Mad Monarchist Brain Trust) that republican traitors in Alberta are again spreading their vitriol against Her Majesty Queen Elizabeth II of Canada in preparation for her upcoming visit. It seems the republicans have nothing new to offer as it was a tired repetition of the same inane arguments they have been making for years; that Canada is not truly independent so long as it shares a monarch with the rest of the Commonwealth realms, that the monarchy is an ominous reminder of their dreadful colonial past and that the Queen of Canada (God save her) is a foreigner; unfit to be the Canadian head of state. Balderdash and bull cookies!

This last argument (the “foreign” Queen argument) particularly chaps my hide. Some would cry ‘nationalism’ at this point, but it really is not even that. Such could only be true if there were actually a “Canadian” nation -which there is not. The Queen, most would agree, is British. But what is “British”? The Queen had an English father, a Scottish mother, belongs to a German royal house and has ancestry going back to numerous nations. Not so very long ago one could be born and raised in Australia, New Zealand, India, South Africa, Jamaica, Canada or (even further back) New York, Virginia or South Carolina and still be considered “British”. And what exactly is this “Canadian” nationality that the Queen is not included in?

Canadians like to claim that they won the War of 1812 against the USA. In fact, in 1812, everyone on both sides of the border considered the inhabitants of Canada to be British. The only people who were known as Canadians were the French. Here is my ultimatum: Canada, if you are going to insist that the British are unrelated foreigners and that Canada is still not a truly independent country, stop claiming the credit for winning the War of 1812. Leave the laurels with the British along with the rest of your supposedly oppressive colonial past. Of course it also seems odd that, with Canada being such a downtrodden colony of tyrannical Britain, that so many loyalists, escapes slaves and Native Americans fled the republican USA to Canada.

This same revolutionary propagandist spoke hopefully of converting Canada to a republic upon the passing of the current Canadian monarch with the role of head of state passing to the Governor-General. The odd thing about that is; the current Governor-General (who has at times claimed to be the head of state anyway) is herself not a native born Canadian but was born in Haiti. Furthermore, the previous Governor-General, Adrienne Clarkson, was born, not in Canada, but in Hong Kong -a *Crown Colony*. That’s right ladies and germs, the last G-G of Canada was British! All the blood in her veins was Chinese of course and she spent the majority of her life in Canada but these details do not seem to bother those who wish to invoke the mentality of xenophobia to promote treason in Canada against their monarch.

I’ve never met the author of this piece of trash article -but I would imagine he does not look very dissimilar to the Queen of Canada (as in I doubt he is blue or something unless he’s been standing outside in Edmonton too long). He speaks the same language as she does, lives under the same legal system, shares much of the same history and was probably born at least in the same religion. So why exactly is the Queen of Canada so “foreign” to this guttersnipe? And why is it that it is most often the open-borders, united earth, “we are the world” leftie morons who are usually the first to denounce their monarch simply for being born in a place with a bit of water between them and all their people? Of all the republican arguments this has got to be one of the most ignorant and asinine of them all and it never ceases to make me a very, very…Mad Monarchist. 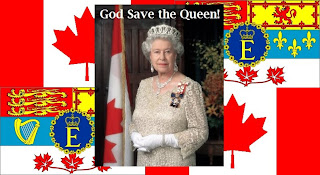 Posted by MadMonarchist at 6:31 PM