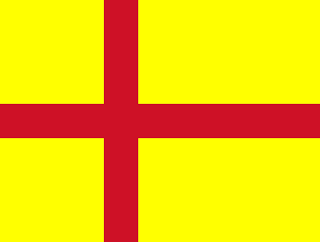 HRH Crown Prince Haakon of Norway, HRH Crown Prince Frederick of Denmark and Crown Princess Victoria of Sweden have all joined up for a trip to the massive Danish island of Greenland to study the effects of global warming (or "climate change" as the current pc terminology goes) on the region. The group of royal heirs will be meeting with scientists and looking into the danger of the ice cap melting. Last year the Scandinavian heirs made a similar trip to the Norwegian islands of the polar region. They arrived yesterday and Queen Margrethe II and Prince Henrik will also be in Greenland to mark the independence of that country. Climate change seems to be one of the most popular pet-causes for European royals these days, allowing them to be trendy and humanitarian without being explicitly political. Of course there are political consequences as many countries have and are finding out. There are businesses in Germany, for example, that have stopped producing anything and simply survive by selling their carbon credits to companies that are actually doing something. Increased tax revenues brought about in the name of climate change are also helping fund the growing EU-superstate and causing even many politicians in this country to look on the set-up with envy. For my part I would rather see the royals working to save monarchy rather than trying to "save the planet" (as if it's going anywhere) but of course their political masters would never allow that.

(note: the flag above is that of the old Kolmar Union of Denmark, Norway and Sweden)

Posted by MadMonarchist at 8:42 AM