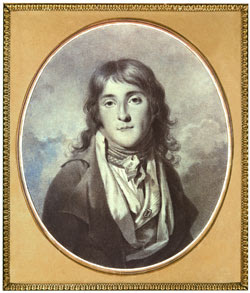 Yesterday, May 17, marked the anniversary of the restoration of the independence of Monaco in 1814 at the time under the reign of HSH Prince Honore IV. Monaco had fallen victim to the French revolutionary tide and had been annexed to France. It was not until the rise of Napoleon that the Grimaldis were able to see the restoration of their titles if not their sovereignty and several members of the Princely Family fought valiantly in the French Imperial Army just as they had previously done under Ancien Regime. Some might criticize this but surely anyone can see how hopeless it would have been to try to resist. After Napoleon's first abdication the Principality was in very real danger of being abolished altogether, however, they were saved when Prince Talleyrand managed to slip in a special clause in the Treaty of Paris to keep the principality in tact. When Napoleon attempted to restore himself during the famous "Hundred Days" Monaco was occupied by British troops which meant that the Grimaldis would play no part in the final act of the Napoleonic drama. On May 17, 1814 Prince Honore IV was formally restored as Sovereign Prince of an independent Monaco which he reigned over until 1819 when the throne passed to his son HSH Prince Honore V.
Posted by MadMonarchist at 9:28 PM