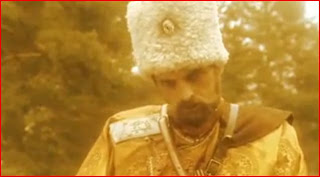 The republican revolutionaries of the world are ceaseless in their attacks and one of the monarchies that has been on the front lines fighting for its life in recent years is the great Commonwealth of Australia, currently under the glorious reign of Queen Elizabeth II of Australia. I am not ranting about the republicans themselves; I actually do very little ranting about republican revolutionaries -they are traitors who should be put up against a wall and that's that. However, one of the things that seems to go hand-in-hand with republicanism in Australia is the call for a new flag -because evidently they seriously hate the British, their own history and die a little inside whenever they see the Union Jack in the canton of the Australian flag. This is the sort of stuff that makes me feel like my brain is bleeding!

I cannot fathom a country changing its national flag. For example, there is no way that the people of Texas would ever, for any reason, abandon the Lone Star. I could not imagine any circumstance, ever, that would provoke any sizeable portion of the US population to even consider ditching the Stars & Stripes for a new model. Because a flag is not just a piece of decorative cloth. When I look at the Lone Star flag I don't just see a "design", I see the 1st Texas Infantry that carried that flag into the cornfield along Anteitam creek in 1862, suffering the highest casualty rate of any regiment in American history. I see 185 men at the Alamo standing behind a line in the sand saying 'we will stay here and fight to the death rather than be pushed one step farther'. Likewise, your true-blue American types look at the Stars & Stripes and they don't just see a flag, they see the siege of Ft McHenry, they see marines storming the halls of Montezuma and the sands of Iwo Jima, they see Normandy beach.

I simply cannot fathom how anyone in Australia, no matter how despicable a republican traitor they might be, could wish to throw away the flag their forefathers fought under at Tobruk, the flag that flew when the ANZACs stormed the beaches of Gallipoli or even hold such anger against the Union Jack which was the flag of the British Empire of which they were a part. Why would they be ashamed of that? I would dismiss it as being too ridiculous to ever come to fruition were it not for the fact that others have already done it, such as the proud Dominion of Canada. I like the Maple Leaf flag, it's a nice design, but my head wants to explode whenever I try to understand how a country could change the national flag that their fathers and forefathers fought for, saluted and carried into battle. The Red Ensign was good enough for the brave men who fought at Vimy Ridge; why did it suddenly become not good enough for a new generation?

Changing the national flag of an independent, long-established country must require a sentiment that is simply beyond my comprehension because I cannot for the life of me bring myself to any degree of understanding of it. Why not just change the name of the country while you're at it? But of course, I shouldn't say things like that because someone in the traitor's camp just might be sick enough to take it seriously. Issues such as talking about changing the flag of Australia is yet another reason why I am...
The Mad Monarchist
Posted by MadMonarchist at 10:44 PM