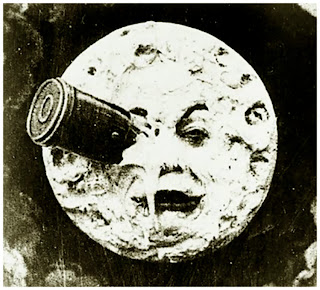 A number of people have asked me to comment on this subject but I must admit it is a chore. The primary reason is that the recent ‘prequel’ Star Wars movies are just bad -brain meltingly bad with only occasional entertainment value based on making fun of them. However, after being repeatedly asked to look at the Star Wars movies in terms of the republic vs. the empire I have decided to give it a shot. First of all though, I have to point out that the republic in Star Wars is not much like any republic most people today would recognize. It seems like a cross between the UN and an African country like Uganda. After all, despite being a republic we do see characters that are “knights” and we have people with names like Princess Laid-ya, Count Doodoo and Queen Dalai Lama -so it is a republic with some monarchial elements at least. However, that being said, it seems to me the republic in Star Wars was a huge, embarrassing failure and not really the sort of thing most would consider worth fighting to restore. The empire, on the other hand, did a much better job if one can get past the occasional planet being blown up.

I don’t recall much important stuff happening in the “Phantom Menace” movie but I do recall that it involved some sort of giant union called the Trade Federation that put a blockade around this planet and this caused a crisis (what exactly that planet needed from outer space that was so vital to their existence was never explained) and this in itself demonstrates how dysfunctional this sci-fi republic was. This would be like a union in a country becoming powerful enough to blockade an entire state -let’s say Hawaii even though I don’t recall any explanation given as to why a trade federation would be trying to stop trade but oh well. If the U.S. government could not stop someone like SEIU from blockading Hawaii, I would say that the government had become so impotent as to be worthless. And what sort of government would allow a trade union to become so powerful it had its own army and navy? Would you trust Andy Stern with his own military?

What is worse, when these SEIU guys invade the planet the Senate wants to send in like the FBI or something to see if it really happened. How ineffectual is your government if someone can invade Hawaii and Washington DC knows nothing about it? Never happened with the empire -they were on top of things. Even when the rebels were on a remote ice planet, killing endangered species, exploiting animals and probably causing global warming with all their spaceships and stuff the empire found them right away and sent their military in to take care of business. Not the republic; one of their planets is invaded without the government even being aware of it and they want to send a committee. It seems that the word of the noble police-knights they sent to settle the whole problem was not to be believed by the government. You would think if they were that important they could have taken their word for it. The empire got a partial message from a robot about the rebels on Dairy Queen and they immediately took action.

Another important thing I remember is that the great guardians of this republic, the noble Jedi knights did not seem all that noble and, as the movies progressed, seemed more and more creepy to me. How would you feel if the elite law enforcement agency in the universe was made up of a bunch of celibate monks with supernatural powers who could read your mind, manipulate your thoughts, influence your actions and who were all apparently given over to this life by their parents by the time they could barely walk. Seems a little weird to me. Moreover we see the knight ‘We Got Gin’ guy telling lies and using his psychic powers to cheat a native chieftain out of a spaceship, cheat a bug-alien out of flying saucer parts and cheat at a game of chance he has a wager on. The empire on the other hand paid the bounty hunter that found Hand Solo just as promised and even offered to pay compensation if the guy died. The only guy they cheated was Rambo Calcium who was cheating them the whole time anyway. And how come if these knights were such good guys they didn’t go back to sand planet to buy the slave mother of little orphan Annie her freedom?

This brings up another point. If the republic was so great and benevolent and all, how come slavery is legal?! I assume it is legal and not just some hidden little secret because they found out about the slave mother and son, won the freedom of the son (or paid for him I don’t remember) but never went back for the mother or even reported to the authorities that there was a flying bug-alien that was keeping slaves. They also treat their robots like slaves, and that may sound unfair but when you consider that these robots think, worry, can be happy, sad and form emotional attachments to friends and be afraid of their enemies, buying and selling them as property certainly sounds like slavery to me. Then at the end of the movie we see something that we will see again in Star Wars: the republicans using a primitive native people fighting with sticks and stones, slings and catapults, as canon fodder against a massive modern army with ray guns. Can I be the only one who finds that a little callous? How is that whole “we’re peaceful and have no weapons or armies” philosophy working out for you?

The first and perhaps most paramount duty of any government is to defend its people, yet no one in the republic seems to have a professional army except the SEIU guys who use it to terrorize people. The republic has no army, the Booboo planet has no army, in the original Star Wars movie the planet that the “Happy Fun Star” blows up has no weapons -I mean, at some point isn’t that just asking for trouble? At some point trying to be peaceful crosses the line into criminal neglect and incompetence. Then they have to recruit rabbit people or little teddy bears to get shot full of lasers while they go handle some secret mission. How many rabbit people and teddy bears died because the republic was too self-righteous to provide for the common defense of its own people? It seems rather heinous to me, especially when you consider that the empire did not seem to be harming or in any way bothering with the little teddy bear people in “Return of the Gemini” until the rebels convinced them to be their human shields and fight the empire (that has huge ray guns that can blow up whole planets) with little sticks and stones. Aside from hiring a handful of mercenaries once you never see the empire getting primitive native people to do their dirty work for them. They’ve taken care of the whole national defense thing and can generally deal with any crisis.

In all of these movies, ‘Phantom Furnace’ and ‘Attack of the Clowns’ and so on we see some evidence as to why the republic is so ineffective. Apparently there are no rules for choosing a senator. Evidently anyone can be a senator from queens, to body doubles to a retarded rabbit alien who can’t even speak proper English. We are given to believe that the chancellor is elected and they are really bummed when he is voted emergency powers but, again, if they had taken even the most basic responsibility for the defense of their republic none of it could have ever happened. This also leads to why the empire in Star Wars is not a traditional empire either; more like a Napoleonic empire. The Emperor was elected, not born to rule and if they had been a monarchy instead of a republic to begin with the whole crisis never would have happened. One of the benefits of a monarchy over a republic is that you cannot cheat your way into the top job; you’re either born a prince or you’re not. And for all the implications about freedom in tyranny it seems it was the republic that was so totalitarian as to make laws against romance (no love for Gemini knights or senators) while the empire didn’t seem to have any problem with it.

So, lets recap what we have learned about the Star Wars republic. It is governed by a massive, top heavy talking shop that has no idea whole secret armies are being built, blockading and invading a planet nor do they have any means of dealing with the problem. Senators and security personnel are not allowed to love. Their elite security force is a bunch of knights with mutant DNA or something who use psychic powers to steal and cheat at dice, slavery is legal and when one of their planets is invaded all they can do is form a committee and then use a bunch of rabbit people with sling-shots as bait while they take out Andy Stern. And we’re all supposed to believe that the fall of the chancellor was a bad thing because the evil future emperor will take his place. Call me mad if you like but if all that stuff was going on under the very nose of the government -sounds like he was a pretty crap chancellor anyway who should have been replaced. I had expected to go on, but I think that the point has been well made by the above. The chin-less wonder (George Lucas) doesn’t seem to know anymore about politics than he does about things like story and plot when it comes to filmmaking these days.
Posted by MadMonarchist at 12:16 AM