Highs and Lows for Scandinavian Princesses 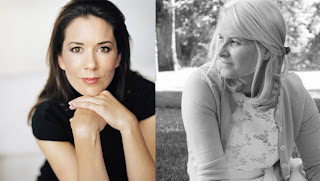 The tables have turned somewhat for two Scandinavian crown princesses. A recent poll done in Norway shows that Crown Princess Mette-Marit is now considered a positive role model for young people. This is quite a turnaround from the general public opinion when she first joined the family when many were concerned about the example being set by her past drug abuse and out-of-wedlock child. A majority of Norwegians still think that the marriage did not improve the image of the monarchy but the Crown Princess' behavior since joining the family seems to be winning or having won over the Norwegian people by and large. On the other hand, Crown Princess Mary of Denmark, who has always been widely popular since becoming known to the Danish people and marrying Crown Prince Frederick has been enduring a rough patch recently due to her being photographed at a party with a convicted drug criminal and was embarassed when a leading figure in her primary charity assaulted an escort worker. These revelations brought about a rather tense confrontation between the Crown Princess and her mother-in-law Queen Margrethe II.

Call me the consistent one but my overall opinion of these two royal ladies has not changed because of these events. I must emphasize that I give all due credit to Crown Princess Mette-Marit for avoiding scandal since joining the family, but call me an old fashioned stick in the mud and you will, but I would prefer for royals to set a better example in their choice of spouse (I am not entirely wild about the current trend of royals marrying commoners much less un-wed mothers with a history of drug use) when Royal Families should at least try to embody the best aspects of their countries. I know "the heart has its reasons" but even if you hold that you cannot choose who you love, you certainly can choose who you associate with and if you do not associate with certain people you will not run the risk. Of course all of that is not the fault of the Crown Princess but I have also not been wild about *all* of the causes she has chosen to endorse. Again though, I am glad that she has proven a success and consider it good news that her image is doing better. The past cannot be changed and I wish the Crown Princely couple to have a happy marriage and certainly want the future Queen of Norway to be accepted and popular.

As for Crown Princess Mary, it seems to me that the controversy over her has been quite unfair. None of the scandals (for lack of a better word) can be said to be her fault. She did not decide who would be at that party, I'm sure she did not know who the person in question was and it is not her fault if one of those running her charity turns out to be a dud. It does not do the image of the monarchy any good but the whole thing seemed to be a rather trumped up controversy, perhaps by media elites a little too eager to find something negative to write about the very popular princess. Perhaps she could do a better job in picking those who work for her, but that is no asbolute solution as no one can look into the soul of another and a good record does not mean a person will not fail in an epic way in the future. And, if these are the worst stories that can be dug up about the royal families of Norway and Denmark it seems to me that the monarchy in these Scandinavian countries are in pretty good shape overall. Plus, we all have the upcoming marriage of Crown Princess Victoria of Sweden this summer to look forward to.
Posted by MadMonarchist at 12:14 AM