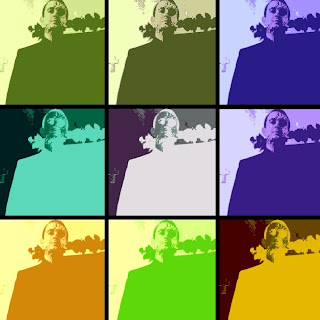 Some followers might recall mention of my right-hand-man "Teapot", from whose abode I have blogged in the past. We've been close as long as we've been alive and have always been there for each other when the chips are down. He's taken the heat for me in the past, we've seen each other through a number of rough patches, I was best man at his wedding and it's no exaggeration to say I would take a bullet for the guy. Well, he's having a hard time right now. Just as he and the wife have been seeing some progress in their efforts to start a family he has been hit with a crippling, constant sort of super-migraine. The last time this happened I was with him in the hospital for a week and looked after him at his home for about a month afterward. There are theories as to the underlying cause but so far the docs have been fairly baffled and they are running out of more powerful pain-killers to hit him with. It's torment for him and frustrating for the rest of us who cannot really help. That being so, and being only too familiar myself with the limits of medical science, I would greatly appreciate anyone who could spare a moment to say a prayer for him that everything will turn out alright. Thank you.

Posted by MadMonarchist at 3:08 AM