Princely Origins of the FBI 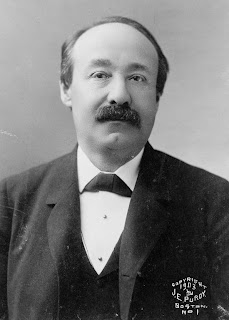 It was on this day in 1908 that the Attorney General of the United States organized federal agents in the Office of the Chief Examiner into the Bureau of Investigation which later became the Federal Bureau of Investigation or FBI that we all know today. What made the Attorney General rather unique amongst all others to hold that position was that his name happened to be Charles Joseph Bonaparte. He served in the administration of the famous President Teddy Roosevelt first as Secretary of the Navy before becoming Attorney General. He was born in Maryland to Prince Jerome Napoleon Bonaparte who was the son of Emperor Napoleon's brother Jerome Bonaparte who he had made King of Westphalia and first Prince of Montfort. His grandfather, the former King Jerome, had married the American Elizabeth Patterson. The ceremony was performed by Archbishop John Carroll of Baltimore, the first Catholic bishop and later archbishop in the United States. His own mother, Susan May Williams, was one of the most wealthy heiresses in America and her fortune was a major reason why Jerome Napoleon Bonaparte insisted on marrying her rather than going through an arranged marriage amongst the high-born society of Europe. Even in America there was talk that Charles Joseph owed his position to his last name; that the very colorful Teddy Roosevelt simply liked the idea of having a Bonaparte in his cabinet. Whatever the reason he served the President faithfully for the duration of his term, was known for being punctual and opposed to monopolies as well as being the grandson of the former King of Westphalia and great-nephew of the famous French Emperor.
Posted by MadMonarchist at 1:27 AM