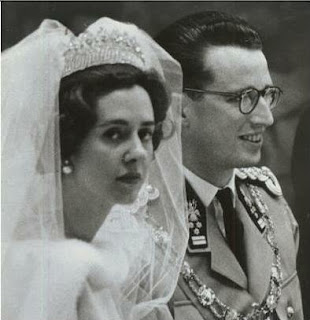 The Royal Forums has reported on the second death threat directed at the Dowager Queen Fabiola of the Belgians. Read all about it here. It seems to be from the same source as the last death threat and one gets the distinct impression that this guy is sitting at home with a tin-foil helmet on waiting for the "mothership" to beam him up. Coming from someone who is so obviously a candidate for the laughing academy it would be tempting to dismiss the danger. However, even if the guy is Chief Loon at the Cracker College he could still be very dangerous and every precaution is wisely being taken for Her Majesty's protection. God protect the Queen of the Belgians!

Posted by MadMonarchist at 3:34 PM