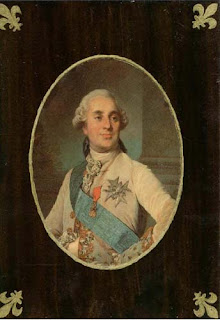 If the government of monarchy were ever to be totally annihilated from the world, its epitaph could quite honestly read, 'Killed by their own kindness'. History has shown, and modern politics continues to illustrate, that monarchs are most in danger when they attempt to bargain and come to an understanding with their enemies.

The reason for this is simple. Despite their many arguments to the contrary, any time republicans and monarchists have bargained, only the royal side is reasonable, only the monarchists concede items to move forward. Every time there is discussion, it is the monarchists who give and the republicans who take. It is not hard to realize that one cannot have a fair settlement with a group that is devoted to nothing less than your complete and total destruction.

In the case of America, consider the question: why did the American colonies revolt against King George III, rather than his predecessors? It is largely agreed I think that George III was the best of all of the Hanoverian kings. He was generous, upstanding, highly moral, devoutly religious, devoted to his country, interested in the actions of his government, and a totally "British" monarch. Especially when compared to the two previous Georges, the third seems positively saintly.

Add to this certain other facts: in years past, America had a very conservative and loyal reputation. During the English Civil War the colonies largely favored the side of King Charles, the man who restored their local governments. Additionally, America was home to many exiled Jacobites, fervent monarchists but people who had every reason to hate the House of Hanover, yet who remained almost universally loyal to King George III. Then, there is the fact that the American colonists of the time were blessed with more freedom and more prosperity than any other colonies and even the vast majority of people in Europe from France to Russia.

Considering all of this, it can only be reasoned that a major cause for the American Revolution was not the tyranny of the British monarch, but rather a lack of appreciation for his leniency. Americans were free to read, argue and discuss all varieties of subversive literature from the continent. They could openly spread revolutionary propaganda and argue their proposed revolution on the floors of the very colonial assemblies the past kings had been so good as to let them form. Had King George III truly been the tyrant they claimed he could have squashed the revolt in its infancy.

In France it is clear that the revolution broke out against a monarch who was the least of all his dynasty in deserving it. Had similar tactics been used against Louis XIV he would have crushed them without mercy and felt totally justified in doing so. Yet, Louis XVI was the first king in centuries to call the Estates-Generale and certainly the first to willingly agree to give up any of the absolute authority he had inherited. He agreed to work with the revolutionary leaders, make concessions to give up his own absolute power and build a limited monarchy, and ultimately he lost his head for all of his trouble.

Some monarchs were able to have a second chance. Prior to Italian unification the Roman Pontiff was also a temporal monarch, ruling the Papal States, which comprised a large part of central Italy. When Bl. Pope Pius IX ascended the throne of St. Peter none were as happy as the radical liberals. He freed prisoners held for revolutionary activity, established new liberties and gave the Papal States a constitution. However, none of this stopped the liberal elements from attacking the Pope and treating him as a common criminal when his little state stood between them and the total conquest of Italy.

Many people believed that after more than a thousand years the Catholic Church was finally at its end. However, intervention by the French and Austrian emperors restored Bl. Pius IX to his See, and henceforth the Pope would be in no mood to make accommodations with the Roman Republicans. From then on he became known as one of the most conservative and traditional popes in Church history, condemning modern trends and supporting the restoration of the monarchy in Mexico.

Progressing east we see the same pattern in Russia, though it is perhaps best illustrated by the Tsar Alexander II rather than by the tragic and pious Nicholas. More than any other Romanov, Alexander II was a true progressive and liberal in the best sense of the word, giving freedom while retaining tradition.

Known by his admirers as the 'Tsar Liberator' Alexander II was a zealous reformer who relaxed or abolished repressive laws, permitted various civil liberties that had been forbidden and, in spite of the financial ruin he knew it would cause, freed the serfs of Russia years before slavery was abolished in our own benevolent republic. Yet, what was the republican response to these innovations? Attempt, after attempt to assassinate him, ending ultimately in his gruesome regicide by a gang of bombers. Upon his death, Tsar Alexander III took this as a lesson that Russians did not deserve or could not handle personal freedom. After watching his father be blown to pieces by liberal elements, Alexander III believed that his father had been foolish in making concessions to these groups. During his reign the Romanov autocracy was fully restored, republican groups smashed and all desires for his own overthrow were firmly thwarted.

At the end of World War I, monarchs in Russia, Austria-Hungary and Germany all agreed to most, if not all, of the demands of the revolutionary groups and yet in every case it was not enough to stop them from being overthrown, and in the case of the Romanovs, brutally murdered. We could compare the character of all of these monarchs but I think you can see the common trend. Suffice it to say that, of the three countries mentioned, one emperor has been canonized by the Russian Orthodox Church and another beatified by the Pope. Clearly, these men were not exactly ruthless tyrants.

The same facts remain true today. Most continental monarchies cannot make so strong an argument since their role in government has been so reduced as to be in many cases virtually non-existent. However, the United Kingdom stands out as an ideal example. Other than probably the monarchies of Monaco and Liechtenstein, the British monarchy has more authority and a larger role in government than any other. H.M. Queen Elizabeth II is not, or need not be simply a figure of historical or traditional significance, according to British law she is a necessary and important part of government. However, out of a sincere desire to reflect the wishes of her people she chooses not to exercise most of her constitutional power. Royal assent is still required for a bill to become law, but it is unthinkable that the Queen would ever refuse to sign something that the Commons had voted on. And yet, given this, how does the radical liberal faction repay Her Majesty? By using the very freedom and toleration the Queen has upheld and defended to advocate her removal and the dynastic rights of all of her descendants. Certainly, everyone agrees that the monarchy under Queen Elizabeth is safe, but as for the future King Charles III (or rather George VII) few are totally confident.

Even our own President John F. Kennedy (I believe) once said that, for most people, a kind king would be the ideal government. Yet, what encouragement have the (so-called) liberals given to the monarchs of the world to encourage them to be benevolent despots? Few leaders of Mexico cared for the people as much as did Emperor Maximilian, and he cared for them right up to the moment that they stood him before a firing squad. When Tsar Alexander II was killed it was because he had stepped out of his bulletproof coach to give aid to his driver, wounded in a previous bomb blast moments before. Given his fate, who can be too surprised at the attitude of his son and heir? For the monarchist cause to be successful, we must make a firm decision: to either demand fair and equal treatment with our republican opponents or simply cease trying to come to an agreement altogether if they cannot tolerate competition and give credit where credit is due for where they are today.
Posted by MadMonarchist at 12:10 AM