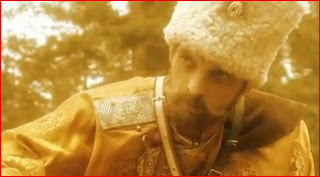 If any more proof was needed that the world had turned completely upside down there is now a group of vegetarians (you know, like Hitler was) who have gone to court in New Jersey to have a Surgeon General's warning placed on packages of hot dogs claiming that they cause colon cancer! Yes, first it was cigarettes and now it is hot dogs. Unfortunately, we can only look forward to more of this since the Obama administration is determined to make health a federal matter. After all, if the "government" pays then everything we do that effects our health becomes the government's business. So at the same time people in California are trying to make marijuana legal another group of people are trying to put warning labels on hot dogs -and I'm sure most of them voted for the same people in the last election (and won). How screwed up are things when the country that calls itself the "land of the free" is banning smoking even in private homes, putting taxes on cookies and soft drinks and wailing about Obama's choice for Surgeon General because the woman is overweight?

Perhaps the problem is the identification of terms. "Freedom" is not something that can be very definitively described. What can be is clearly defined is independence. The modern revolutionary state is all awash in "freedom" and "rights" but very little independence. We might gain new "freedoms" every day and extent "rights" to this group or that group but across the world our independence is slipping away -no actually it is running away at breakneck speed! That was an important difference between feudal monarchies and revolutionary republics that are just dripping with "freedoms". True, your average person in the Middle Ages could not vote, worship the devil or marry someone of the same gender but that person was independent. Back then the government stuck to big issues like wars, upholding religion and regulating trade. Even in far off America just prior to the "War for Independence" I doubt that King George III was concerned with how fast someone rode their horse, how much water their out-house used, if they smoked in public or were eating anything too high in cholesterol.

Of course Britain was a constitutional monarchy, so maybe things were different in an absolute monarchy like France. Not really. True, there was no freedom of religion (wasn't in Britain either) but there were certainly plenty of people with no religion at all and they were not persecuted. Contrast that to revolutionary France wherein people with the "wrong" religion (Christianity) certainly were persecuted. There was freedom of thought; philosophes were all over the place and yet in revolutionary France people who thought "wrong" had their heads cut off. True, there was not much democracy but there was private property rights that even the absolutist King would not dare infringe upon. Therein lies the difference between "absolute" power and "arbitrary" power but I'll save that for another time. Your average person could live their life as they saw fit, take care of themselves and make their own decisions and so long as they did not challenge national stability, security or the laws of God they lived their lives as they pleased. Contrast that to today wherein we have government regulations for absolutely everything. Depending on where you live you need a permit to build an addition onto your own house, a government agent must inspect it to ensure it is up to code, you need a permit to kill a deer, a permit to buy a gun, a permit to get married, a permit to sell apples on the street corner and a permit to drive a car you bought on a road your money paid to build!