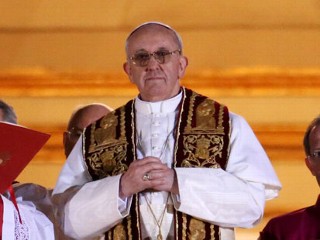 Name: The State of Vatican City
Reigning Monarch: His Holiness Pope Francis
Reigning Family: The Spiritual Successors of St Peter
Status: The confines of Vatican City within Rome is all that remains of the Papal States which once covered much of central Italy and which the Popes of the Catholic Church ruled as supreme temporal as well as spiritual monarchs. The lands were confiscated during the unification of the Italian nation-state. The independence of the Vatican was recognized in 1929 by the Lateran Treaty. The Pope is titled, “Sovereign of the State of Vatican City” and is the last officially absolute monarch in the Christian world. Non-Christians and Protestants may view the Pope as a purely spiritual leader who happens to own a “country” the size of a postage stamp, but for Catholics the importance of the Pope has nothing to do with the amount of territory he actually rules. As the Supreme Pontiff and Vicar of Christ the Pope is, according to the traditional (no longer used) coronation oath, “Father of Princes and Kings, Ruler of the World, Vicar of our Savior Jesus Christ in earth”. The Pope and the Holy See are always listed first in seniority amongst the sovereigns and royal houses of Christendom.
Posted by MadMonarchist at 12:25 AM