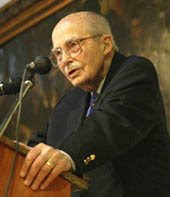 The Royal Forums has reported that His Imperial Royal Highness Archduke Otto von Hapsburg, by rights Kaiser of Austria and King of Hungary, has been hospitalized after suffering a fall at home. The Archduke is the eldest son of HIRM Emperor Charles I and Empress Zita of Austria-Hungary and is 96 years old. According to his family he is recovering well, is alert, talking and eating but of course at his advanced age any such fall is to be taken seriously. All too often such falls are cause for the elderly person in question to give up. However, given all that His Imperial Royal Highness has been through up till now and how active he has always been, I certainly would advise against anyone counting him out prematurely. The thoughts and prayers of The Mad Monarchist are with the true Emperor of Austria, King of Hungary and the entire Hapsburg Imperial Family. May his blessed father pray for him. 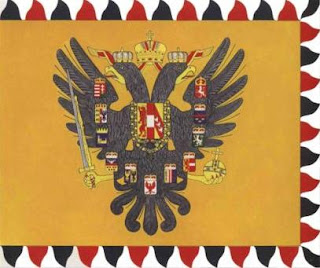 Posted by MadMonarchist at 8:45 PM