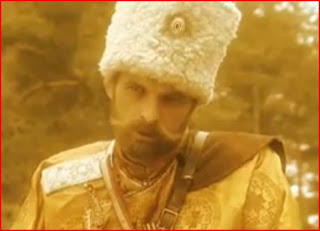 A recent article written by a first-generation American of West African descent, L. E. Ikenga, went into great detail explaining how Barack Obama is an "African Colonial" which is to say one of the tin-pot dictators who took over many or most African countries following the collapse of the European colonial empires. You can read her complete article here. The article goes a long way to explaining not only Obama's totalitarian domestic policy but also his recognized prejudice against Great Britain. Ms. Ikenga explains that the "African Colonial" is one who blamed "Whitey" for the problems of their society and yet adopted Eruopean philosophies such as socialism and Marxism rather than drawing upon their own pre-colonial history as African nations. Now, I will take it a step further than Ikenga and say that, it seems clear to me, these would be the native monarchial systems which, almost without exception, these "African Colonials" cast aside in favor of European or American style republicanism but based more often than not on socialism and Marxism.

This has happened all around the world and few seem to recognize it. The same terms could be used to describe "Asian Colonials" such as Sun Yet-Sen, Chiang Kai-shek, Mao Tse-tung, Kim Il Sung and Ho Chi Minh. Think about it; in China, which was never even colonized outright, you had an American-educated, American-inspired republican like Sun Yat-Sen whose movement rose to success on the Han population hyped up into an anti-Manchu hysteria which described the Qing Dynasty as "foreign". Forget the fact that the last Emperor could barely speak any Manchurian and forget the fact that they stopped considering Manchuria "foreign" when the Japanese tried to make the region into a seperate country. Forget also that, even if the Manchus were "foreign" to the Han Chinese they were certainly far less foreign that the republican ideologies of the United States and the Soviet Union which arose in their wake to tear the country apart in the bloodiest civil war in human history. Likewise, in Vietnam, Ho Chi Minh rode to power on the back of a wave of anti-French nationalism and yet in the process of putting Ho in power the native imperial system which had existed in Vietnam for thousands of years, then represented by the Nguyen Emperor, was cast aside in favor of a Marxist dictatorship based on the Soviet model. If these people had looked to their own history, their own culture and their own traditions there would still be kings all across Africa and emperors all across Asia. I also firmly believe that all such countries would likewise be infinitely better off than they are now.

These are the same people who constantly advocate for "democracy" and yet a quick look at Africa or Asia will show very, very few real democratic countries. Oftentimes the native, traditional governments that existed previously were more democratic than those today and we have the Prime Minister of Australia, speaking to the visiting King and Queen of Spain, saying that constitutional monarchy is good for democracy. The bottom line is that all too often the talk of democracy is simply a distraction to keep attention off the politicians and bureaucrats who are constantly gobbling up more and more of the *independence* of people all around the world. Another little known fact; if the nations of the "First World" looked to their own history, traditions and culture for inspiration; dare I even say their religion, Europe and the West would be much better off as well. I know, that's not "progress", that's archaic and reactionary thinking. That's just plain nuts. Well, what do you expect? I am ... The Mad Monarchist.
Posted by MadMonarchist at 12:31 PM