Money and the Monarchy 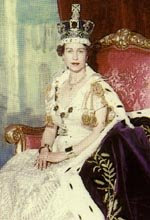 Coming to you from the Mad Monarchist 'eastern compound' the news of the day, even on the far side of the Atlantic, is the report on the cost of the British monarchy to the taxpayers of the U.K. I wonder if this tired little ritual will ever get old? Not finding much to complain about with the fact that the average cost of the monarchy is about 69p a year the talking heads have instead focused on the royal travel expenses. I'm sure this can sound outrageous to British taxpayers in these tough economic times, but let me assure the loyal Brits that life under a republic would be no free ride either. In fact, they could expect prices to go up dramatically. Here in the land of the free and the home of the heavily taxed not only do we pay far more for our president and ex-presidents that the British do for their monarchy but we have travel expenses to cover at every level of government from county to state to national. As an example, city taxpayers in San Antonio recently had to foot the bill for some city officials to go to DC to witness the coronation -I'm sorry, the "inauguration" of President Barack Hussein Obama. Keep in mind that this was not an official function, they had no part to play in it, they were simply spectators like the hordes of other people who had to pay their own way, buy a place and sit for hours in the freezing cold mashed together like so many sardines to witness the historic occasion. The only difference was these city councilmen & women had someone else to pass the bill to. We also have to pay for state reps, senators and governors to go on "fact finding missions" (aka usually vacations) and for congressmen and senators and now we also have to pay for First Lady Michelle Obama to fly to Chicago for dinner or for the President & First Lady to fly to New York City for a "date night" of dinner and a broadway show. Now, given that, and keeping in mind that the Queen actually surrenders more money from her estates than she gets from the civil list, that the government must sign off on all travel and that the Queen actually gets taxed twice over; is there really that much for subjects of the monarchy to complain about? I think not. On average, all around the world, the statistics show that those living with a monarchy get a far better value and certainly more 'bang for their buck' than citizens of a republic. In fact, I would say that if the Queen were totally in charge of the economy herself, Britain would probably be in far better financial shape than it is now.
Posted by MadMonarchist at 5:52 PM