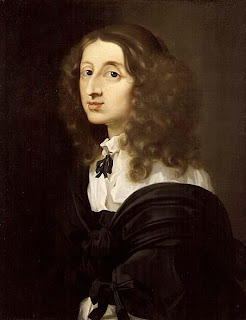 It was on this day in 1638 that the North American colony of New Sweden was founded, during the reign of Queen Christina (above). The expedition set out the year previously under the command of Admiral Clas Fleming (a native of Finland) with the colony to be established by the veteran Dutch colonialist Peter Minuit all done under the aegis of the New Sweden Company. The Swedes settled in the area of Delaware Bay and began construction of Fort Christina near present-day Wilmington, Delaware. Settlements went ahead as planned even though it was in an area already claimed by the Dutch as part of their New Netherland colony. Most of the settlers were Swedes and Finns (more Finns arriving later) with an assortment of other Europeans, predominately German and Dutch. Minuit called the leaders of the local Delaware Indians together and negotiated rights to the land. New Sweden was a successful enough colony until 1655 when a Dutch army under New Netherland Governor Peter Stuyvesant led an attack that captured Forts Christina and Fort Trinity after which time the area of New Sweden was incorporated into the New Netherland colony which was, in turn, captured by the English in 1664. But, it was 372 years ago today that the Kingdom of Sweden arrived in America.
Posted by MadMonarchist at 3:49 AM