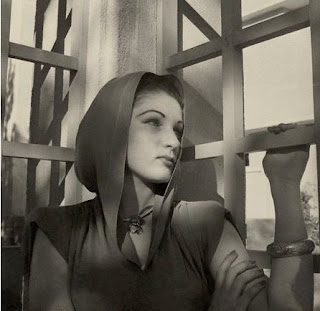 Although the first wife of the last Shah of Iran was to have a short stay in the world spotlight, she has never been forgotten. She was born Her Sultanic Highness Princess Fawzia bint Fuad at Ras el-Tin Palace in Alexandria, Egypt on November 5, 1921 to HM Sultan Fuad I of Egypt and the Sudan by his second wife Nazli Sabri. Among her varied royal bloodline was Suleiman Pasha, a French colonel under Napoleon who converted to Islam and updated the Egyptian army. Her nephew Fuad II who go on to be the last King of Egypt. Big changes were going on for the Egyptian Royal Family at this time. Her father dropped the title of Sultan in favor of King and enacted a new constitution to limit the power of parliament. Egypt wanted to make itself more known on the modern world stage and Princess Fawzia was expected to play a part in that through her marriage to the young heir to the throne of Persia.

HIH Prince Mohammad Reza Pahlavi of Iran came to Egypt the ask for the hand of the teenage Princess Fawzia and according to the princess they were both quite infatuated with each other. The proper arrangements were made and the couple were married on March 16, 1938 in Cairo. After their honeymoon the two had another wedding ceremony in Tehran. Not long after, in 1941, the Crown Prince succeeded his father as Shah of Iran with Princess Fawzia being elevated to “Queen of Iran”. She was an instant celebrity, not just in the Middle East but around the world as commentators raved about the Egyptian royal beauty who was now Queen consort of the Iranian Empire. Cecil Beaton of Life magazine called her an “Asian Venus”. However, idyllic as her life seemed, she had many problems.

Almost immediately things began to go wrong for the royal couple. Princess Ashraf, twin sister of the last Shah, and Fawzia took an immediate dislike to each other and tensions soon developed between the two families at large. Queen Fawzia reportedly felt neglected by her husband and found life in Tehran hard to adjust to and somewhat more stark and lonely than the court in Cairo. Not long after the birth of Princess Shahnaz Pahlavi the Queen’s brother, King Farouk I of Egypt, prevailed upon Fawzia to get a divorce. This was granted, in Egypt, in 1945 but was not recognized in Iran until 1948 although both countries insisted that their good relations remained intact. Now Princess Fawzia of Egypt and the Sudan again, the harshest condition was being separated from her daughter who, as a condition of the divorce, had to remain in Iran and had no contact with her mother until she turned 18. The Egyptians blamed the Iranian climate on the divorce while Iran said it was the inability of Fawzia to give the Shah a male heir. In reality however, it seems to have been simply, what we would call today, irreconcilable differences.

A year later, in 1949 in Cairo, Princess Fawzia married Colonel Ismail Hussain Shirin and in the following years had two children by him; a daughter and a son. With the fall of the monarchy in Egypt many in the family moved to Switzerland, however, Princess Fawzia remains the senior member of the Egyptian Royal Family. Although the head of the family still lives in exile in Switzerland the Princess lives in Egypt.
Posted by MadMonarchist at 12:57 AM