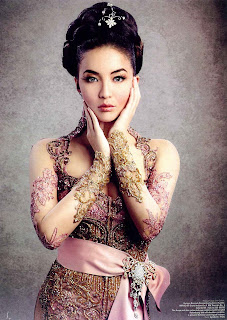 It was quite an event when HH Prince Tengku Temenggong Tengku Mohammad Fakhry, of the northern Malaysian state of Kelantan, married well known Indonesian socialite and teenage model Manohara Odelia Pinot in October of 2008. However, according to the 17-year-old bride her married life was a nightmare. While on a visit to Singapore and with some help from the U.S. embassy she fled her husband and went home to Indonesia in May of last year and related a tale of royal torture. She said she had been locked up like a prisoner, cut with razors, drugged if she complained and repeatedly raped. Prince Fakhry immediately sued his young bride for libel and was recently awarded $1.8 million for defamation in spite of the fact that Indonesian doctors who examined the soon-to-be ex-princess said there were clear signs of physical abuse. However, the bride's family did not appear in court nor did they hire an attorney to defend them. They now say the ruling is outrageous and that they will not pay. Divorce proceedings are currently underway in the Islamic court in Kelantan. The north Malaysian state, which borders Thailand, is very conservative and has been ruled for some time by a very hard-line Islamic party. The Republic of Indonesia, on the hand, while the most populous Muslim nation in the world, is considerably more secular and "progressive". Similar charges to the ones made by the Princess have also been leveled at the neighboring Sultan of Brunei, ruler of one of the most absolute and strictly Muslim monarchies in the world. 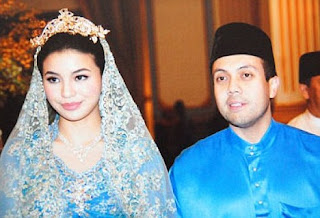 Posted by MadMonarchist at 7:26 PM