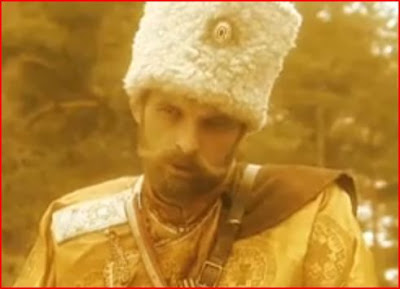 If there is one thing about the revolutionary movement throughout history that really chaps my hide it is the naked, blatant hypocrisy of the lot of them. Moreover, as the revolutionists gain strength this aspect of their character only seems to grow worse with time. It was seen in the French Revolution when criminals citing starving Parisians as their source of indignation allowed His Highness the Dauphin to starve to death in prison. We saw it all throughout and in the aftermath of World War I (a conflict riddled with hypocrisy as few others have been) and we saw it in the Bolshevik Revolution when the same people who railed against the autocracy of the Czar set up a government more far reaching and absolutist that any Romanov had ever been.

To this day it is no less prevalent. In the Dominion of Canada, thankfully still a monarchy but one riddled with revolutionary thinking, the controversial writer Ann Coulter was not allowed to speak at a university in Ottawa because of fear that her rhetoric would violate Canadian “hate speech” laws. So, Ann ridicules terrorists and that is hate speech but a Canadian republican who spews hatred and opposition against his Queen is tolerated if not encouraged? Hypocrisy! You could say much the same about the United Kingdom where the politically incorrect is not tolerated but setting up a guillotine in front of Buckingham Palace by republics is allowed. The U.S. tends to take a sanctimonious tone on issues like this, and free speech is probably more firmly defended here than in other places -but it is by no means absolute.

On other issues the same hypocritical attitude shines through brightly. My favorite bit of hypocrisy in history is the Monroe Doctrine which reserves the Western hemisphere as the exclusive sphere of influence of the United States in which Washington will tolerate no outside meddling! This was always a rather arrogant policy but it was at least not quite so hypocritical as it became later when the U.S. began to intervene in every other section of the globe (warranted or not) and would never think of allowing any other nation so vast a sphere of influence that would be considered “hands-off” to all outsiders.

Finally, what has me the most worked up at the moment are the current wails from the GOP (fully justified in light of the U.S. government going literally and figuratively in the Red) but warning heatedly against any third parties and trying to hold themselves apart from the current crisis. They will repeal and replace ‘Obamacare’ if only they are elected to a majority in November. Well, where the hell was all this fiscal common sense when Bush was President and you had the majority in both houses? No, you spent money like water, cut back on none of the entitlements that are bankrupting the U.S. and instituted the largest expansion of the federal government in decades with the creation of the Department of Homeland Security (call me mad but I would have thought that covered by the Defense Department). The Democrats have shown themselves to be the socialist party plain and simple, but why should anyone not think twice about trusting the GOP? It is easy to take such a high moral stand when you have no power but after being burned by the eight years of the Bush administration (who did do some things right I will admit) why should conservatives so willingly trust you again?

Right now the Republicans are saying all of the right things and it would not be difficult to put together a better agenda than that of the Obammunists. However, when Bush first ran for office (and I voted for him with enthusiasm) he promised smaller government, fiscal conservatism, protection of traditional values, defense of the border and that the U.S. would not be a world policeman. In the eight years that followed we got a bigger government, uncontrolled spending, a half-hearted defense at best of traditional values with nothing being rolled back really, little defense of the borders and even an effort at amnesty and nation building efforts in Iraq. Funny thing Republicans -people are reluctant to trust hypocrites which is what you are looking an awful lot like lately. I am sick of the hypocrisy, I am sick of politicians constantly promising one thing and doing another, I am really sick of the people falling for it term after term and I AM … The Mad Monarchist.
Posted by MadMonarchist at 12:24 AM