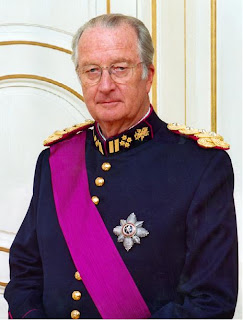 HM King Albert II of the Belgians has officially been invited to attend the celebrations of the 50th anniversary of the independence of the Democratic Republic of the Congo, formerly the Belgian Congo, which gained independence from Belgium in 1960. PM Yves Leterme has said that the government has agreed "in principle" to the King visiting the Congo which will be the first time a Belgian monarch has been there in 25 years. Tensions have long been high between Belgium and the Congo. The area was first acquired by King Leopold II as the Congo Free State in 1885. After reports of gross abuses by local officials became widespread Leopold II sent a royal commission to investigate the reported atrocities and as a result of the findings the government took control of the territory which then became the Belgian Congo. In 1960 King Baudouin went to officially hand-over independence to the Congo and was even then met with considerable animosity. Once the Belgians evacuated the country many Congolese who had been calling for independence then blamed the Belgians for pulling out too quickly when political chaos ensued (something King Baudouin had warned them about in his final address to them). As recent as last year diplomatic relations were efffectively broken off between Belgium and the Congo which has had a chaotic and often bloody history since independence but which remains very sensitive about any remarks about such events, particularly from Belgium. It remains to be seen whether the situation has improved sufficiently for King Albert II to actually attend the independence anniversary festivities. There will be more about the history of the Congo, Belgium and King Leopold II in a future post.
Posted by MadMonarchist at 12:42 AM