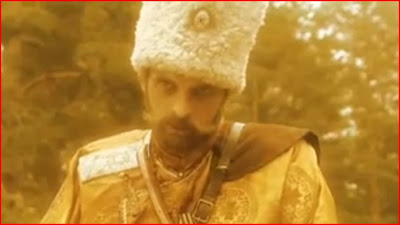 I was recently informed by the English Royalist and seen the comments of blog member Law Wells that the Traitor Party in the UK has brought up the abolition of the House of Lords. Most of the stories seem to agree that this is nothing more than an act of desperation on the part of the socialists who are sure to lose big in the next election. They may not really expect anything to come of it, but they want the Tories to take the bait, bite and then use the issue to label the Tories as reactionaries who favor hereditary perks over egalitarian democracy (if only that were true!). However, there is no doubt that this IS a goal of the Labour/Socialist/Traitor Party as they have consistently weakened the House of Lords during their years in power. Whether they expect to be successful now is beside the point: they DO want this to happen sooner or later as their history in reducing the House of Lords to a powerless talking shop proves.

Their aim, of course, to replace the peers in government with an elected senate such as is currently setting new standards in idiocy in the United States. Nice to see the UK is 'catching down' to the colonies on this one (sarcasm intended). Of course, it was not always so. At the outset the U.S. Senate was meant to be much more like the House of Lords than it has become, though perhaps a better analogy would be with the only Imperial German Bundesrat. The Senate was supposed to represent the states and senators were appointed by their state governments to do that. It was not until the presidency of that liberal blockhead and thoroughly evil man (I repeat myself) Woodrow Wilson (Democrat) that senators became elected by popular vote in 1913. Since that time things have only become worse as everyone can see even if not everyone would admit it.

The loss of the House of Lords would be a disaster of epic proportions for the UK even if it might not be obviously so. That is because, as stated, the House of Lords has already been mutilated almost beyond all recognition by the Traitor Party. Gone are the good old days of hereditary peers who could act as an impartial and dispassionate brake on the lunacy and tyranny of the House of Commons. In many ways, as Mr Wells pointed out, simply doing away with the charade and having a senate would be simply a more honest admission of the way things already are. However, the reason why keeping the House of Lords is important is revealed in the liberals very tactic of raising the issue now. If the House of Lords is kept in place, it may be possible one day to restore more of its powers and perhaps, in some future time when the people can be brought to their senses, to restore the hereditary peers. If, on the other hand, it is done away with entirely it will be nearly impossible to ever get back again because no politician will want to take a stand for a return to hereditary power for the aristocracy. It is the same reason why I hate to see royal protocol and ceremony diminished in any way -because it is almost impossible to restore it without the person in question being made to appear arrogant and vainglorious.

It is also important to stop this because all of the same arguments that are made against the House of Lords can be made against the monarchy itself and every step forward at the expense of the lords is another blow against the British monarchy. All of that being said, I do hope that the Tories do not go overboard in leaping to the defense of the House of Lords simply because that is exactly what the traitors want them to do. They should play it cool for now, let Labour lose the next election and then work to shore up the damage that has already been done. Any look at the dismal approval ratings of the U.S. Senate and Congress should prove to the British that they should not be following the American example when it comes to elected representatives and any time one is thinking of looking to how Americans do things there are certainly few worse examples to be followed than the policies of President Wilson. So, the Tories should not freak out -leave that job to others. I for one will be glad to argue for what they cannot. I am for the House of Lords, I am for hereditary peers, I am for traditional authority in all its forms and I am ... The Mad Monarchist.
Posted by MadMonarchist at 1:00 AM