Local Politics: Results are In 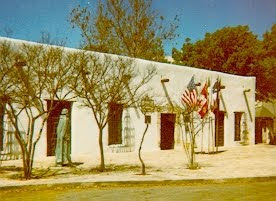 The results of the election are in and for the top job in Texas it seems as though Rick Perry is on his way to four more years as Governor. Having taken office in 2000 he is already the longest-serving governor in history. I chose not to participate in this primary election (in my area limited to the Democrat Party in any event) as none of the candidates were people I could vote for. In his victory speech Perry seemed to me to sound like a man who also has his eye on the White House, which is yet another reason why his talk about state sovereignty and threats of secession were simple political posturing and nothing more. Of course it scared the bat snot out of the liberals but if I had thought he actually meant it I probably would have voted for him. Of course he still has to win the final election in November but most do not think he should have much trouble with that.

In better news, Congressman Ron Paul was handily reelected with a whopping 80% of the vote -which should be a lesson to other GOP figures, but I doubt they will grasp it. He would make a fine President of the Republic of Texas should secession ever come our way. Some have argued about the legality of such talk, but of course the state would not have to secede to leave the union -there is more than one way to skin a cat. By treaty Texas has the right to divide itself into, I think, five different states. Were that to happen, at least if the borders were not drawn in a fanatical way, Texas would have such a powerful voice in the Senate that the rest of the states would surely not stand for it and would likely want to throw Texas out of the union without the state having to do anything about it. Of course all such talk is highly unlikely as I have always said, but each day that the federal government becomes more tyrannical over the states the odds increase and have already increased more than I ever thought possible.

On other fronts "Tea Party" candidate Deborah Medina lost badly (who I had hope for until she shot herself in the foot by waffling on the 9-11 "truther" issue), former independent candidate turned Democrat Kinky Friedman lost badly for Agriculture Commissioner which proves that Texas will vote almost anyone in as Governor but that is because the Governor actually has very little power. I voted for Kinky for Governor once but I'd never want him to have a position as important as Agriculture Commissioner. Also, the head of the Board of Education was won by the Christian evangelical party so the protests regarding school text books will probably end up going nowhere fast. Finally, I do have to say I find it a tad ironic that on Texas independence day the big winner was a man who will have been Governor longer than Texas was an independent country.
Posted by MadMonarchist at 10:27 PM