A Prayer Request for the Soldiers of Ft Hood 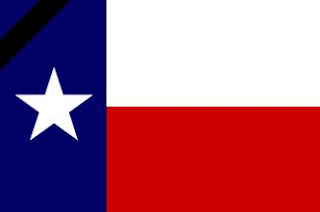 Today an unprecedented mass shooting took place at the US Army post of Fort Hood, Texas the largest military post in the United States, capable of sustaining two full armored divisions. The primary gunman was, shockingly enough, an officer, a major Malik Nadal Hasan (a mental health specialist no less) who was set to be assigned to duty in Iraq, who was killed by a responding police officer who was himself killed in the exchange of gunfire. Two other men have been arrested as suspects and there are accounts of multiple gunmen in an attack that was evidently well-planned and done execution style. The current reports are of 12 dead and as many as 31 wounded. Fort Hood was established in the 1930's as an armored training base since the terrain of the area was similar to that of northern Germany. The fort was named after Confederate General John Bell Hood. The Mad Monarchist would ask all readers to keep the soldiers of Ft Hood and the victims' families in their prayers on this very sad day.

*Update: The commanding general at Fort Hood has now said that the alleged gunman, Major Malik Nadal Hasan, is in fact still alive, in custody in intensive care. Further, the policewoman who shot Hasan who was also reported killed is also still alive, in very serious but stable condition. The two suspects arrested have been released and the military police is now saying that Hasan acted alone. He was purportedly upset about the U.S. fighting Muslim forces overseas and was in the midst of a legal fight with the army over his deployment to Iraq as he stated to friends that it was wrong for Muslims (such as himself) to fight other Muslims (like the terrorists). Something was obviously seriously wrong with this guy, and I can only say that if he was picked on for being a Muslim in today's situation, how much harder will things be now thanks to his actions for the Muslims in America who have no sympathy or support for the terrorist fanatics killing in the name of their religion? This is a tragedy for everyone.
Posted by MadMonarchist at 5:00 PM