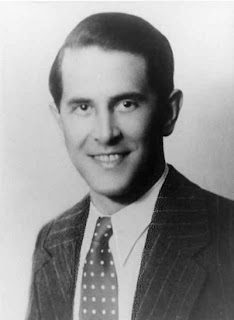 One of the unsung heroes of World War II Germany was the Bavarian nobleman Adolf Freiherr von Harnier. He was born on April 14, 1903 and grew up to become a jurist in Munich. A serious and traditionally minded man he converted to Catholicism in 1934 and annoyed the National Socialist party early on in with his legal defense of priests and Jews until 1939. He opposed the Nazis but was not active in his opposition early on because he was convinced that it was such a muddled and absurd ideology that it would soon die through its own ineptitude. The lawyer in him made him loyal to the idea of constitutional government but he was also a monarchist and he believed that once National Socialism brought about its own demise some sort of a return to the monarchial order would be the next natural step.

At the end of 1936 and start of 1937 he became more active and emerged as the intellectual and political leader of a circle of like-minded individuals who opposed the Nazi regime and wished to bring about a restoration of the Bavarian monarchy of the House of Wittelsbach. As such, he made contact with many enemies of the "Third Reich" even if they had nothing in common with his own monarchial goals for Germany. These included everyone from moderate-minded middle-class republicans to leftist Bavarian labor organizations (banned by the Nazi Party). However, because of his time defending priests and especially Jews in court the Gestapo considered him a person of interest and potential threat. They watched his every move and even managed to infiltrate his Munich circle with their own informants.

Finally, the Gestapo discovered proof of ties between the baron's circle and the illegal German Communist Party (KPD) in Zurich. So, in 1939 Baron von Harnier was arrested and spent five years in a Nazi prison before he was even brought in for a show trial. He was quickly sentenced to 10 years in prison in 1944 at Straubing Penitentiary in deplorable conditions. At the end of the war Baron von Harnier was liberated by soldiers of the United States Army on May 12, 1945 but he died a short time later that very same day from his years of neglect and mistreatment at the hands of his Nazi captors. Few probably remember Adolf Baron von Harnier but monarchists should remember him, especially for his words at his trial when the monarchist lawyer gave this defiant statement to his Nazi captors:

“I am a true servant of my King and country, not only as a dutiful subject but
because I am a convinced monarchist, politically and intellectually. I mean by
that, quite apart from myself and my relationship to my Bavarian and German
fatherland, I believe monarchy to be the most successful form of government that
the history of mankind has known.”

- Adolf Freiherr von Harnier, R.I.P.
Posted by MadMonarchist at 12:20 AM