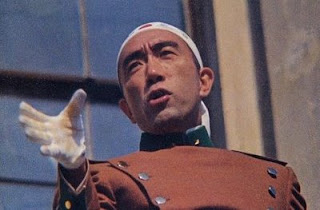 It was on this day in 1970 that the noted Japanese author Yukio Mishima ceremoniously killed himself in traditional Japanese fashion after a failed attempt at a coup to take over the Japanese Self-Defense Force and restore the Emperor of Japan to actual power. He founded the group Tatenokai in 1968, a sort of private militia made up of young, traditionally-minded Japanese students sworn to defend the Emperor. It is highly doubtful whether he actually expected his attempted coup to work. Many believe that this was simply a way for Yukio to die for his principles in the traditional Japanese fashion. In many ways he was a man out of his time and had known for quite a while that his opinions were out of date in modern Japan. 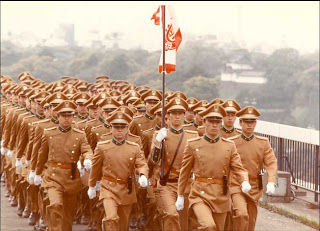 Posted by MadMonarchist at 2:35 PM