Monarch Profile: King Leopold I of the Belgians 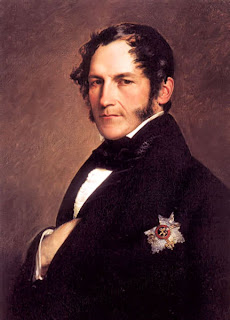 The Kingdom of Belgium is a unique country to say the least, and over the years it has been the Belgian monarchy more than almost anything else which has held the country together with Dutch-speaking Flemings in the north, French-speaking Walloons in the south and a small number of Germans in the east. Originally part of the United Kingdom of the Netherlands, the Belgians revolted in 1830. The reasons for this were numerous, but ultimately came down to the differences the large French speaking population had with the Dutch, their industrial interests versus the trading and commercial interests of the Dutch as well as the fact that the Netherlands was an officially Protestant country while Belgium remained strongly Catholic. 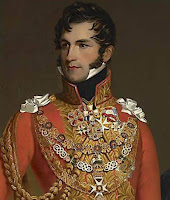 Before the Napoleonic Wars, Belgium had been known as the "Austrian Netherlands" but was given to the Dutch as part of a compensation agreement made with the British who had seized several Dutch overseas territories while Holland was under French rule. Obviously, the agreement worked better on paper than in real life. Most of the European powers first supported the Dutch, but support for the Belgians by the Kingdom of France was vital in the opening days of the conflict and on October 4, 1830 the provisional government of Belgium was established. Actual recognition did not come until much later, though most countries recognized Belgium as a de facto sovereign nation. The issue then arose of who to choose to be King of the new nation. It had been decided early on that Belgium would be a constitutional monarchy, but the choice of monarch proved somewhat difficult. When their first candidate refused the crown, they turned to Duke Leopold of Saxe-Coburg.

Leopold was born George Christian Frederick, in Coburg, Bavaria to Duke Francis Frederick and Duchess Augusta of Saxe-Coburg-Saalfield on December 16, 1790. When French troops invaded his homeland he was sent to Paris where he turned down an offer from Napoleon Bonaparte to be his adjutant. Instead, he succeeded his brother as Duke of Saxe-Coburg and became a Field Marshal in the forces opposing Napoleon. Leopold might have become Prince-Consort of Great Britain as in 1816 he married Princess Charlotte of Great Britain, the only legitimate child of King George IV, however she died the following year a day after a failed pregnancy. His ties with the British Royal Family continued to be very close though. Leopold was a key advisor to his niece, Queen Victoria, and it was the British who suggested him as a suitable candidate for the Belgian throne. In fact, Belgium was not the first offer of a throne Leopold had been presented with. In 1830 the Greeks made a similar offer, which given the subsequent history of that country, he was wise to turn down. 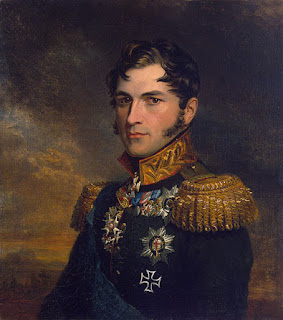 The formal offer from the Belgian National Congress came on October 4, 1830. The Duke accepted on June 26, 1831 and he was "inaugurated" on July 21, subsequently a Belgian holiday. However, the new Kingdom of Belgium was from the start to be a so-called "popular monarchy" meaning that King Leopold I was not "the King of Belgium" but rather was "King of the Belgians". However, his reign was faced with crisis from the start when the Dutch invaded on August 2 to crush the bid for Belgian independence. Charles Rogier became the prime minister, and with help from the French and mismanagement by the Dutch, the Belgians eventually succeeded in winning their independence, which was agreed by treaty in 1839.

On August 9, 1832 King Leopold married the daughter of the King of French, Princess Louise-Marie Therese Charlotte Isabelle d'Orleans. The couple eventually had four children: Louis-Philippe who died only a year after his birth, Leopold Louis-Philippe who eventually succeeded his father, Philippe Eugene whose son was the third King of Belgians and reigned during World War I and Marie-Charlotte who married Archduke Maximilian of Austria and eventually became the Empress of Mexico. As King of the Belgians, Leopold I was faced with quite a challenge for any national leader. His country was not very developed, had an uneasy relationship with the Dutch and was divided between the Dutch and French speaking halves of the country. King Leopold was their one major common bond and he worked to encourage national unity and a Belgian national identity as well as encouraging further industrial development. In 1835 this brought about the accomplishment of one of his major goals, the construction of the first railroad on the European continent, which first connected Brussels and Mechelen and was completed on May 5, 1835. He also helped Belgium to establish an efficient and well working government, taking into account the unique conditions of the country. 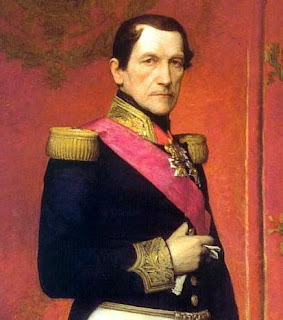 Because of the ethnic division of Belgium, many observers believed the new kingdom would not last long, yet it has managed to outlive the governments of many neighbors, such as the regime of the "Citizen King" of France, and the rise and fall of the German Empire. King Leopold also used his connections to make Belgium an involved nation in European affairs. In 1840 it was King Leopold who arranged the marriage of his niece Queen Victoria of England and his nephew Prince Albert of Saxe-Coburg-Gotha which of course became one of the most important royal matches in European history. The King was, like most of his generation, a fairly conservative monarch, yet one who was also interested in social reform. In 1842 he attempted to reform labor laws for women and children but proved to be too far ahead of his time for Belgian political leaders. King Leopold also held things together during the Revolutions of 1848 that swept Europe following the overthrow of the French King Louis Philippe, managing to keep Belgium neutral and escaping the turmoil unscathed. On October 11, 1850 Queen Louise-Marie died, the King himself died on December 10, 1865 at Laeken and was buried in the Church of Our Lady in Brussels.
Posted by MadMonarchist at 2:52 AM