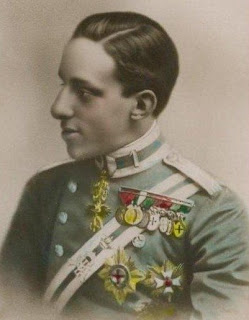 It was on this day, April 14, in 1931 that His Catholic Majesty King Alfonso XIII of Spain was deposed by the liberal dominated Cortes. He did not abdicate his throne. Because of the traumatic events that followed it is easy to forget the King himself and what a difficult reign he had. At the start of his reign, when he was still a child, Spain lost the last vestiges of her once mighty empire due to an aggressive war by the United States. Cuba, Guam, Puerto Rico and the Philippines were lost. Spain also had increasing political turmoil that Alfonso had to deal with as he got older. During World War I he was an invaluable intercessor for countless prisoners of war and he was a great promoter of industry, sports and tourism in Spain. Few monarchs have had to deal with so many troubles throughout their entire lives as Alfonso XIII. Even the happy occasion of his marriage to Princess Victoria Eugenie of Battenburg was marred by an assassination attempt.

King Alfonso, even after being deposed, maintained his claim to the throne throughout his life. In the absence of the monarchy Spain became a nightmare of increasingly radical liberal revolutionary outrages. More innocent people, traditionalists, conservatives, clergy and so on were massacred in the first few months than were killed in hundreds of years of the supposedly "infamous" Spanish Inquisition. The Spanish republic became a communist satellite state and from his exile King Alfonso endorsed the nationalist rebels in the Civil War. Because of the large presence of Carlists in his ranks (Viva los Carlistos!) Franco would not have Alfonso back as king, none the less, Alfonso sent his son, Prince Juan Conde de Barcelona, to fight on the rebel side. In the end, it was his descendant, King Juan Carlos, who became sovereign of Spain when the monarchy was restored at the death of Generalissimo Franco. It is sad that so many today seem to have forgotten the absolute horror that was the Spanish Republic and it all started 78 years ago today with the overthrow of King Alfonso XIII.