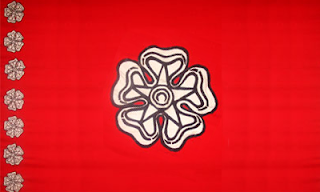 Today many monarchists are often discouraged by the seeming lack of interest on the part of deposed monarchs or pretenders to actually push for their restoration. Instead, they seem content to live comfortable private lives and let the republicans have their way unopposed. To give heart to my fellow reactionaries here is a list of monarchs and pretenders from the 20th Century to today who struggled, advocated and at times fought for the restoration of their monarchies:

German Kaiser Wilhelm II: It must be stated that the Kaiser did not think that his chances of restoration were very good but he never gave up on the idea. He refused to return to Germany unless it was as Emperor and he threatened to disown any of his children who swore allegiance to the republic. He also showed great monarchial solidarity by insisting that he would never be restored alone but that his own restoration must also include the restoration of all the German monarchies (Saxony, Bavaria, Wurttemberg etc) and he maintained many contacts in German society with the hope of an eventual restoration.

Emperor Charles I of Austria-Hungary: Although deposed and exiled in 1918 the last Hapsburg Emperor never abdicated, in fact he probably did not think it would be possible for him to do so. The devoutly Catholic Charles considered the monarchy (correctly) to be a sacred trust between him and God and not something he could ever give up on. Austria was a lost cause but Charles attempted to restore himself as King of Hungary twice in 1921. Unfortunately he was thwarted by the very man who claimed to be holding power temporarily on his behalf, Admiral Miklos Horthy.

King George II of Greece: Although not as actively involved in restoration efforts as some others, George II of Greece did have more than one restoration. In 1923 he was deposed by revolutionaries but did not abdicate. He went into exile but was restored in 1935 in a referendum following a coup by the shifty General George Kondylis. World War II forced him from his throne yet again with communists taking over in the interim. Another referendum in 1946 saw him restored to the throne yet again though a civil war ensued between the communists and Greek royalists.

Crown Prince Alexander II of Yugoslavia: Few other current royal pretenders have been as open in advocating restoration as the heir of the Serbian royal family. Born in London he was not able to go to Yugoslavia until 1991 but once at home he openly stated his belief that constitutional monarchy was the ideal form of government and has campaigned for restoration ever since. Although not yet successful his hard work has won him the support of numerous political elites as well as the Serbian Orthodox Church which openly supports restoration.

Emperor Henry PuYi of China: The last Emperor of China once swore to his ancestors that he would struggle always for restoration and if he failed to do so he was no Aisin-Gioro. Reigning only from 1908-1911 he was first restored in 1917 for a short time following a monarchist coup by Marshal Zhang Xun. He was always looking for allies among the powerful warlords and foreign powers to push for restoration. In 1932 he went along with the Japanese creation of a seperate state in Manchuria and in 1934 was restored there as Manchu Emperor where he reigned until 1945 and the defeat of Japan in World War II. Over a decade in communist prison succeeded in brain-washing him into despising his imperial heritage.

King Norodom Sihanouk of Cambodia: A hard case to deal with, I personally find the actions of the last Emperor of China and his alliance with Japan far easier to understand than the actions of Sihanouk. After making secret deals with North Vietnam and Red China he was deposed in a coup by pro-US General Lon Nol after which Sihanouk endorsed the murderous Khmer Rouge regime which assured their success. However, as communists are apt to do, they removed him from power as soon as they won the war. Following UN intervention Sihanouk was able to restore himself as King again in 1993 but still maintains close ties with Red China and North Korea.
Posted by MadMonarchist at 5:32 PM