Loss of the Kingdom of Hawaii 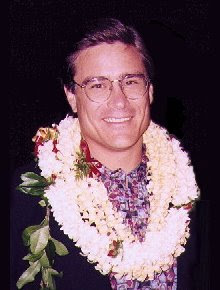 Pictured at left is one of the more forgotten royal pretenders in the world, Prince Quentin of Hawaii, head of the Kawanakoa royal family and a politician of the Republican Party in the state of Hawaii. He does not actively campaign for the restoration of the Hawaiian monarchy though he does advocate native rights and the preservation of Hawaiian culture. The Kingdom of Hawaii was destroyed in 1893 following a coup by European and American immigrants with the backing of the United States Navy which had an eye already on Pearl Harbor as an ideal naval base in the south Pacific. The last monarch of Hawaii, Queen Liliuokalani, had angered the foreign presence in Hawaii, by then the majority and which held almost all of the land and all political power, because she had tried to restore the traditional rights of the native Hawaiian people and because she tried to restore her royal authority to refuse royal assent. The result was a "Committee of Public Safety" taking a note right from the pages of the French Revolution and so many others since. Because of the presence of U.S. troops the Queen dared not take action against the immigrants and so was quickly deposed and the unrecognized republican government that was proclaimed afterward was immediately annexed by the United States. Queen Liliuoakalani hoped that once the U.S. government learned what had occurred they would restore her to her throne but her faith proved misplaced.

Today not many think about Hawaii and even the most zealous monarchist would feel somewhat depressed about the chances of success there, even though there are many native Hawaiians who would like to see independence and the monarchy restored. However, there are many more who are more afraid of endangering the many benefits of social welfare they recieve from the United States and the Hawaiian natives altogether are today a tiny minority of the population of Hawaii. The vast majority are immigrants or the descendants of immigrants from the mainland, from Europe and especially from Asia. Among these groups there is practically zero support for independence or for the restoration of the monarchy. It is unfortunate but understandable as they have no real connection with the people of Hawaii, their monarchy, their history and their national identity which was quite different prior to the arrival of floods of outsiders.

Keeping that situation of the former Kingdom of Hawaii in mind, I remember that today is the anniversary of that infamous speech by British Tory MP Enoch Powell which warned of the danger of having massive numbers of foreign immigrants coming into his own country and being given special considerations and rights that the locals do not have. Of course Enoch Powell is so widely despised today that his name has almost become an insult itself. However, I would simply ask the thinking person to consider the demographic changes in Britain (and other countries for that matter), the London bombings, the riots and the demonstrations demanding Sharia law etc in the UK and then ask the question whether the United Kingdom could ever go the way of the Kingdom of Hawaii. No group of people being inherently superior to another it would be the height of arrogance to think that a virus which killed one monarchy could not infect another.