Jacobins in the USA 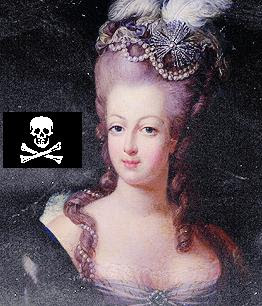 Does the current economic crisis have anything to teach us about the long struggle between monarchy and republicanism? When ACORN is shuttling professional protestors to the homes of AIG execs to threaten them, when protestors in Britain are vandalizing RBS offices and when French workers are taking their bosses hostage I have to wonder if we are seeing the fruits of the romanticization of the French revolutionaries, English roundheads and their ilk. However, very few people pose the common sense question (other than at least one or two right-wing radio hosts I of heard) which should have been asked about the French Revolution or almost any other.

Did the death of Louis XVI and Marie Antoinette fill the stomachs of any starving Frenchmen? No. The same is true over and over again. The wealthy members of society in the US and Europe who are being punished by their governments through socialism, taking what they have through taxes to give it to others; is making the wealthy poor going to make any poor people rich? This is the culmination of the revolutionary mentality that was seen so vividly in the French Revolution and the destruction of the monarchy as a 'necessary symbolic act'. I think about it every time I hear President Obama talking about "fairness" in the economy. Thinking of the world and society in terms of "fairness" is one of the major traps of the revolutionary agenda.

I am reminded often lately of the criminal "trial" and regicide of the great King Charles I of Britain. After remaining silent through most of the ordeal because, as a monarch, he refused to recognize any court as being competent to sit in judgement on him, King Charles I gave a very eloquent, honest, insightful and today politically incorrect statement about what it was he was fighting for. Parliament or rather the radical roundheads insisted that they were fighting for the "rights" of the people to have a voice in government (which they quickly forgot as soon as the King was dead) but King Charles stated very honestly that having a part in government was basically nothing to do with the people. A subject and a sovereign are two totally different things according to Charles. The great King said that he was fighting for by fighting for his own royal absolute rights was the absolute right of every person of his dominions to what was truly and legitimately their own. Be it a crown, be it property or be it a bonus it was about no one being able to take away what was rightfully yours.

With the demonic Bolshevik revolution, the march forward of socialism but all going back to the French Revolution in its roots, this is exactly what the enemies of civilization have been fighting against. They encourage jealousy, covetousness and envy so that one will want to tear down those who have in order to fight over the scraps while the revolutionaries rise to power on the bloody path the people clear for them. King Charles, defenders of property rights, the sanctity of vested rights, all of this which is often associated with monarchy is about making people, not free, not democratic but independent which is the surest form of freedom there is. The revolutionaries, on the other hand, the Bolsheviks and their compatriots of other names, might give all sorts of "freedoms" and talk about rights and fairness and democracy all they like but their ultimate goal is a massive political machine under their control which makes everyone dependent on government -robbing them of their independence and thus making everyone a slave just as surely as if they were all wearing shackles.

Whenever royal rights, royal powers and the like are taken away the revolutionary information services never ask the question about who is going to be taking over these powers or what independence we all lose when the monarch loses his or her independence to rule.
Posted by MadMonarchist at 9:59 PM