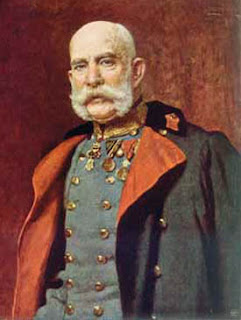 It frequently happens in history that the odd remark, even addressing a situation truthfully, can be repeated so often over the years that it is blown out of all proportion to historic reality. To some extent this has been the case with the Dual-Monarchy of Austria-Hungary. Because it was not the most powerful nation in Europe and because her military was not the most efficient or cohesive, Austria-Hungary is often portrayed as a decaying, weak, decrepit power that was doomed to fall, war or no war. Yet, if one takes an objective look at Austro-Hungarian society, the economy and even the military and their war record, a rather different picture reveals itself. Austria-Hungary had its problems certainly and probably more than her share due to the rise of nationalist sentiment in the multi-national Hapsburg lands but had it not been for the war there is at least some evidence that Austria-Hungary could have survived and that the Hapsburg Empire was not, in fact, a doomed ghost of a bygone era.

First, one area in which Austria-Hungary was positively thriving was in the artistic and scientific segment of her society. This was the country of architects like Frederick Schmidt, Theophil Hansen and Karl Hasenauer. Inside their magnificent buildings one could find great composers of the period like Anton Bruckner, Gustav Mahler, Brahms, Hugo Wolf and Richard Strauss. For the less grand there was pieces known as light operas by Johann Strauss, Karl Millocker and Franz Lehar. There were poets like Hugo von Hofmannsthal, painters like Hans Makart, Gustav

Klimt, Franz von Stuck and Kolo Moser. There were writers like Adalbert Stifter, Franz Kafka and Arthur Schnitzler. The medical department of the University of Vienna was renowned as probably the best in the world and produced such famous names in medicine as Theodor Billroth in antiseptic surgery, Theodor Meynert in brain surgery and Sigmund Freud in psychiatry. In other fields of study Vienna gave the world the philosopher Ernst Mach, the economist Carl Menger, the war historian Heinrich Friedjung, the legal experts Rudolf von Ihering and Joseph Unger, and the anthropologist Rudolf Poech. Does this sound like the product of a doomed and decaying society? For some, their theories are still hotly debated, for the artistic types their work is subject to individual taste, but no one can deny the wealth of talent represented in these products of late Imperial Austria. This certainly does not look like a society on the verge of collapse considering it had one of the greatest concentrations of artistic and scientific talent then in the world.

Secondly, there is the economic arena. While it is true that Austria-Hungary labored behind countries like Germany, France and Britain in the area of modernization and industrialization, significant economic progress was being made right up to the start of the First World War and the people of Austria-Hungary were nowhere close to being among the most impoverished or over-burdened in Europe to say nothing of the wider world. Industry was growing, railroad networks were expanding and between 1870 and 1913 per capita GNP in Austria-Hungary actually grew at a slightly higher rate than in Britain, France or Germany. The Austrian Empire was more developed than other areas but the Kingdom of Hungary, before World War I, was a major source of food exports to the rest of Europe and had a thriving agricultural industry. As the Twentieth Century dawned the Austro-Hungarian economy was growing by leaps and bounds. The rapid expansion of railways, particularly after the government sold much of these to private investors, greatly increased trade and economic opportunities across the empire. Still, as stated, Austria-Hungary was by no means the economic powerhouse of Europe but nor was it poor or backward and the economy was growing faster than in most other countries. 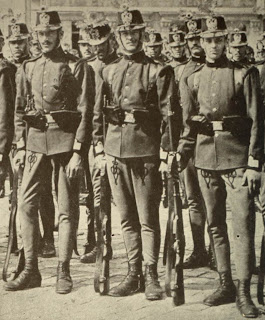 Finally we come to the way most powers at the time judged their national strength and that was, of course, the military. It is true that Austria-Hungary did not have the best military in the world or the best military in Europe. They were hampered by the basic fact that Austria had never been a militaristic country. If you wanted a country that lived by the sword you went to Prussia. Austria was always more famous for its music, art, grand buildings and glamorous society than it was for its military and battlefield successes. Additionally, the Austro-Hungarian military was hampered by the fact that most of the officers spoke German but relatively few of the soldiers understood the language. The dizzying array of languages and ethnic differences made the sort of rigid unit cohesion present in other armies virtually impossible in the Imperial-Royal military. However, all of that being said, the Austro-Hungarian armed forces were nothing to sneer at. They were a formidable fighting force, among the largest in the world with some excellent units and some brilliant commanders. They also had a record that included a number of often over-looked victories as well as their much talked about defeats. 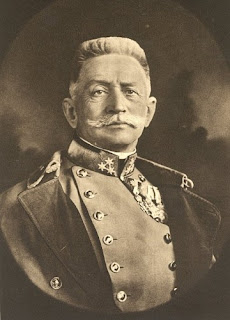 The driving force behind the Imperial-Royal Army was Field Marshal Conrad von Hoetzendorf. He, like the empire he served, has suffered from a great deal of bad press in recent histories (regarding his ability and not his personality and opinions -in that regard he was certainly among the most vociferous and aggressive). Yet, it must be kept in mind that at the time of the outbreak of war the Field Marshal was widely respected, around the world, and considered by contemporaries to be the most brilliant strategic mind in Central Europe. He should also be given credit for his efforts to modernize the army and keep up to date with technological innovations which was always a struggle since Vienna was constantly cutting the military budget in preference for other things. The campaigns in the east that the Germans are given so much credit for winning were all based on the original strategies put down by Hoetzendorf. The disabilities of the army may have tainted the results but few would deny that grand strategy of Hoetzendorf was the work of a military genius and were ultimately successful. And, despite the disabilities of the army it was a formidable force and upon mobilization was able to field over three million well armed men with some of the biggest and best artillery in Europe, guns of such superior quality that they were imported by the Germans to level the Belgian fortresses that gave them so much trouble.

When it came to actually fighting there is no doubt that the initial campaign against Serbia was a disaster for Austria-Hungary and much is often made of this, however, it happened because of some crucial and unavoidable reasons. First, the Austrian-Hungarians had to weaken their forces for the drive on Serbia because of the need to concentrate the bulk of their forces to meet the Russian threat to the east. Second, the Serbs had the advantage of fighting a defensive war on their own ground -and that is a very rugged part of the world and perhaps most importantly the Serbs were simply extremely tenacious, tough and determined fighters, much more so than anyone at the time gave them credit for. However, working alone or in conjunction with the Germans, the Austro-Hungarian forces won numerous victories against the Russians, 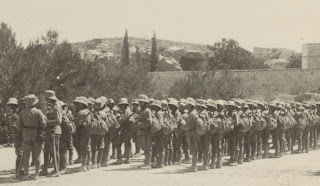 Romanians, finally did conquer the Serbs and when Italy joined the war the forces of Austria-Hungary performed magnificently. To the very end of the conflict they held off superior Italian forces, made daring counter-attacks and even forced the French and British to divert troops to help the Italians to keep them in the war. It is also true, though not widely known, that Austria-Hungary sent small forces to aid Germany on the western front and even to the Middle East to support the faltering Ottoman Turks toward the end of the war.
On the naval front, Austria-Hungary was far from helpless as well. Simply their presence prevented Allied forces operating with impunity due to their fear of an all-out battle with the formidable Austrian fleet. Large surface ships were mostly confined to the Adriatic because of this stand-off but the Imperial-Royal Navy did launch a number of damaging raids against the Allied blockading squadrons. Likewise, on the undersea front, for her small size the Austrian u-boat fleet proved extremely effective. In fact, the Austrian u-boats actually had a higher ratio of hits versus torpedoes fired than even the legendary German submarine force did. Another interesting fact is that the top scoring Austrian sub captain was none other than Georg Ritter von Trapp of “The Sound of Music” fame. Similarly, the Imperial and Royal Aviation Troops, despite working under severe hardships, proved themselves extremely capable with about 20 flying “aces” which included such pilots as Julius Arigi with 32 confirmed victories and Godwin Brumowski with 35 confirmed victories. 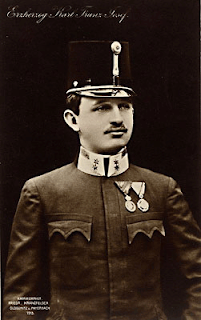 Considering all of this, it seems quite clear to me that, despite some considerable problems, Austria-Hungary was not an empire destined to collapse in any event. This is not something that should be seen as an inevitable event that would have happened with or without the war. Austria-Hungary had a vibrant social, scientific and artistic life, a growing economy and a respectable military. Of course no one can say for sure what would have happened but I think it is clear that it is at least very possible that without the war Austria-Hungary could have survived, it could have instituted the changes favored by many for “trialism” or a “United States of Greater Austria” and could have carried on very well. All the proper ingredients were there and in the person of either Archduke Franz Ferdinand or Emperor Charles I significant political changes would have been made. Austria-Hungary was not doomed, its collapse was not inevitable and people should not think that it was.
Posted by MadMonarchist at 12:14 AM