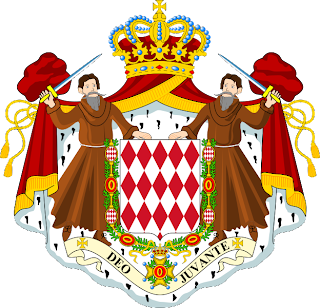 Charlene Wittstock, who will marry HSH Prince Albert II of Monaco next year, recently gave an interview with the British society mag Tatler that has caused some ruffled feathers (even on this rooster). You can read my comments on the controversy which caused me to groan, Oh Charlene You Were Doing So Well and other subjects relating to the House of Grimaldi at Mad for Monaco. Last article was on Prince Albert's godmother, Queen Ena of Spain.
Posted by MadMonarchist at 12:28 PM