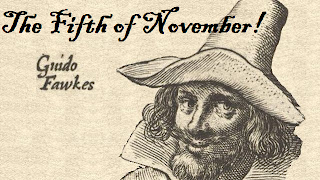 Everyone is familiar with the names, the Gunpowder Plot, Guy Fawkes, Bonfire Night and so on. Growing up all I knew was that November 5 was “British Halloween” when children roamed the neighborhood demanding a “penny for the Guy” instead of “trick or treat”. Today it is generally a tradition for the sake of tradition, like most national holidays these days, with few people thinking about what it was all about. Most Britons are probably familiar with the basic story they heard in school. Guy Fawkes was a Catholic terrorist who tried to blow up King James I and the houses of Parliament with gunpowder. He was caught, arrested and executed and ever since the night of his capture, November 5, has been celebrated as a triumph over treason and attempted regicide. However, even this rather simplistic story had become more muddled in recent years thanks to the media and pop culture. A number of misconceptions seem to have taken root regarding Guy Fawkes and November 5. Given that, it is worth looking in to what we know and what we do not.

We know that King James I had whispered sweet things to English Catholics about tolerance and religious freedom, as he whispered sweet things to about every group to smooth his transition from King of the Scots to King of England. However, once on the throne and a worrying number of recusants coming out of the woodwork James refused to repeal the anti-Catholic laws. A disgruntled group of Catholics led by Sir Robert Catesby (not Guy Fawkes) hatched a scheme to blow up the King and Parliament together with gunpowder (King James knew his father Lord Darnley had been almost killed by means of gunpowder and was terrified of the stuff). Catholic convert Guy Fawkes, a veteran soldier who had fought with the Spanish in Holland, was put in charge of the explosives and Catholics were warned to stay away from the houses of Parliament on November 5. 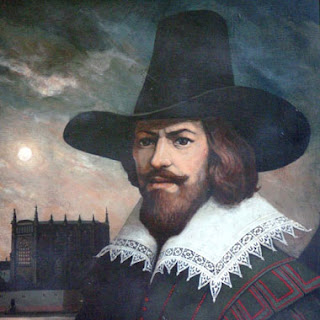 However, on October 26, 1605 the Catholic Lord Monteagle received a very poorly written and unsigned letter warning him to stay away from Parliament on November 5 and he immediately reported this to Robert Cecil. Cecil sent troops to search the cellars of Parliament on 4 November and there they discovered the stockpile of gunpowder and the now notorious Yorkshire mercenary Guy Fawkes. He was taken away and tortured until he named the others involved in the plot on November 8 after which the plotters were arrested, drawn, quartered and beheaded. November 5 became a national holiday. Many parts of the official story, on the other hand, do not quite add up and have led some to suspect a conspiracy. For instance, it is unclear how the plotters came to possess such a large amount of gunpowder when it was a government monopoly. It also seems suspect that Robert Cecil would not order an investigation into the missing stores of gunpowder from the Tower of London which was assumed to be the source of the explosives. How was it that the plotters obtained access to a house right next to Parliament that was owned by a government official? Why did he die mysteriously on November 5? Why were two of the plotters shot on sight instead of being arrested and interrogated? How was it that several plotters were arrested on November 5 when the government claimed that they only learned the identity of these men on November 8 when Guy Fawkes named them under torture? Why was the sitting of Parliament postponed from February until November which gave the plotters the time they needed to arrange the attack?

The answers to these questions will never be known but even at the time the whole episode was deemed highly suspicious. This has caused some to speculate that the plot was actually a conspiracy arranged by Cecil to cause an anti-Catholic backlash which would harden the Stuart line against them and encourage a ‘rally effect’ around the monarchy as the King of Scots was not widely popular when he arrived in England. Whether or not this was what was intended it certainly was the effect. The treaty made previously with the Catholics in Ireland was broken, the Act of Uniformity was enforced again with increased zeal and things became rather unpleasant for both Catholics and dissenting Protestants alike. However, King James was clear that the plotters were an isolated minority not reflective of English Catholics as a whole and he assured the Catholic powers that the plot would not effect his foreign policy. The Catholic countries condemned the plot as well, though a Jesuit executed for involvement in the plot was regarded by some as a saint afterwards. In any event, religious policy was not very extreme throughout the reign of James I or indeed the whole Stuart reign over the British Isles. In the end, ironically enough, it would be the Protestants who brought down the House of Stuart. 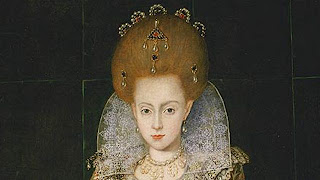 This annual reminder probably does not help the situation regarding Catholic-Protestant relations in Great Britain (which as we have seen lately are far from being as friendly as we once thought). However, political movements have become more of a problem in co-opting the Gunpowder Plot for their own purposes. Pop culture had made the situation worse and this has led to the misconception about Guy Fawkes and the Gunpowder Plot that annoys me the most. That is, the image that has been painted in recent years of Guy Fawkes as some sort of liberal revolutionary or even an anarchist. Nothing could be farther from the truth! These treasonous oddballs only focus on the attempted bombing, the attempted regicide and pay no attention to the stated goals of the plotters. These conspirators were not revolutionaries, indeed not even republicans and indeed not even wishing for a change of dynasty. Their only goal was to eliminate the Protestant monarch and leaders with a Catholic monarch and leadership. Had they succeeded their goal was to place the young Princess Elizabeth (later Elizabeth of Bohemia) on the throne as Queen and to see her brought up as a Catholic. Those who celebrate Guy Fawkes today as some sort of heroic, left-wing anarchist are actually insulting not only the memory of King James I but even Guy Fawkes and his fellow conspirators who were all monarchists to a man -odd as that may sound. Which is of course not the same as romanticizing a regicide and not even because you thought he was innocent or because he was a principled sort of renegade but specifically for being an attempted mass murderer!
Posted by MadMonarchist at 12:26 AM